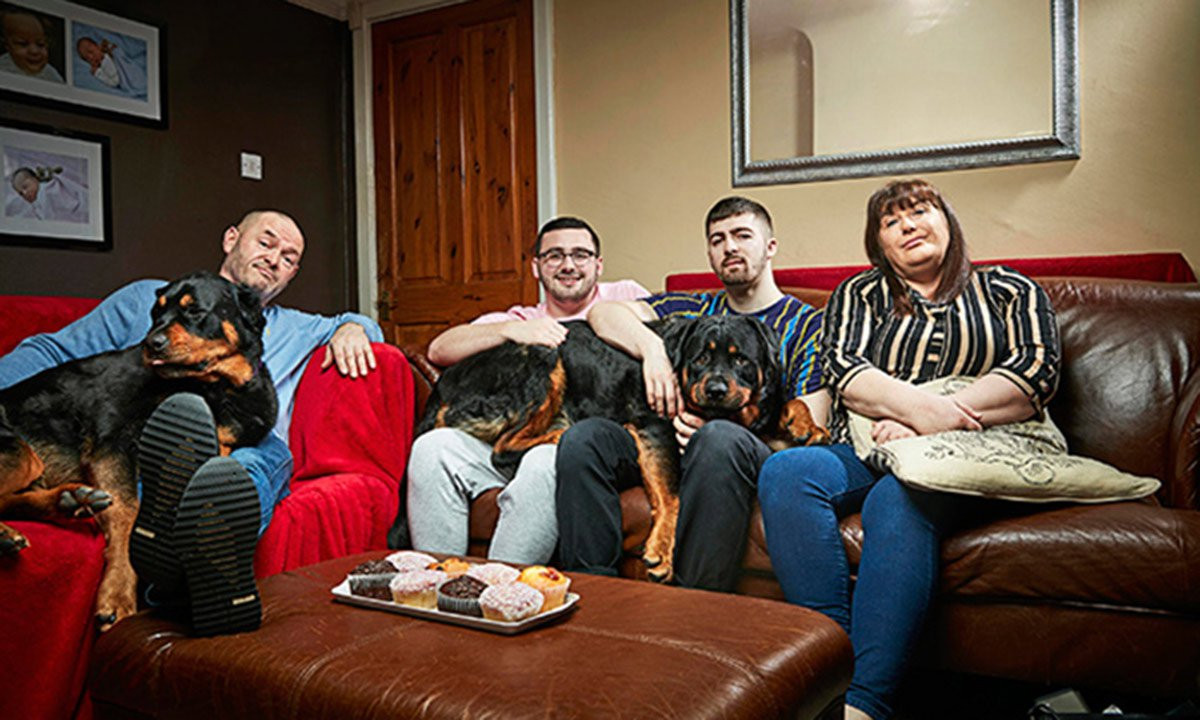 Tom Malone Jr, second right, has left the show after nearly seven years on the sofa with his family (Picture: Channel 4)

Gogglebox star Tom Malone has spoken out to defend his girlfriend in the face of ‘abuse’ online after he announced he had quit the Channel 4 programme.