Greta Thunberg warns world leaders over climate crisis - ‘You haven’t seen anything yet!’

The Swedish campaigner delivered a passionate plea to a crowd of more than 10,000 climate protestors in the city of Lausanne. The teenage activist, speaking ahead of the World Economic Forum next week, called on leaders around the world to wake up to the climate emergency and warned “you have not seen the last of us”. Miss Thunberg sparked a worldwide movement last year by launching the ‘FridaysforFuture’ movement - which saw school children strike from their studies on Friday’s.

She told crowds: “So, we are now in a new year and we have entered a new decade and so far, during this decade, we have seen no sign whatsoever that real climate action is coming and that has to change.

“To the world leaders and those in power, I would like to say that you have not seen anything yet.

“You have not seen the last of us, we can assure you that.

“And that is the message that we will bring to the World Economic Forum in Davos next week.’’ 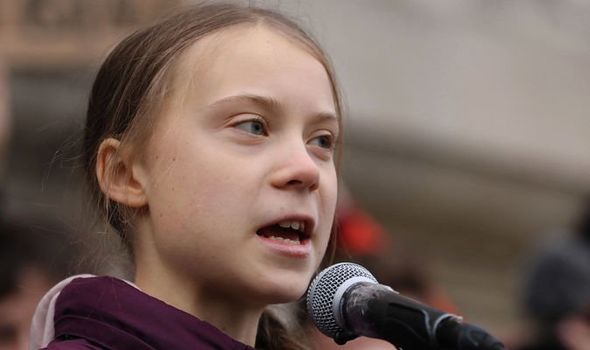 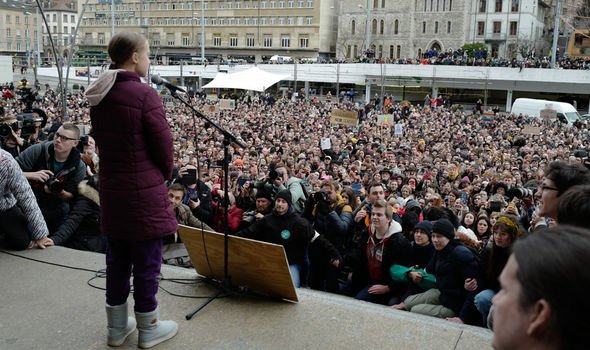 Protestors in Switzerland showed their support for Miss Thunberg by holding posters alluding to the devastating bushfires in Australia.

Activists held signs including “Wake up and Smell the Bushfires” and “It is late but it is not too late”.

The last decade was confirmed as the warmest ever on record by three global agencies.

The Met Office, NASA and the NOAA (National Oceanic and Atmospheric Administration) found the Earth’s temperature had risen by 1C. 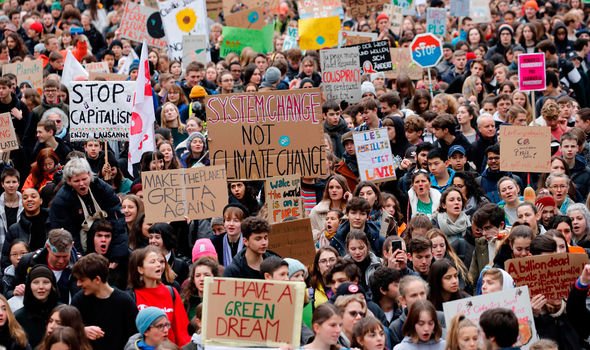 Last year was the second warmest on record dating back to the pre-industrial period in 1850, and saw record-breaking temperatures across Europe.

Dr Colin Morice, from the Met Office said: “Our collective global temperature figures agree that 2019 joins the other years from 2015 as the five warmest years on record.

“Each decade from the 1980s has been successively warmer than all the decades that came before. 2019 concludes the warmest ‘cardinal’ decade in records that stretch back to the mid-19th century.”

The teenager went viral with her impassioned “how dare you” speech aimed at world leaders.

She said: “You have stolen my dreams and my childhood with your empty words.

Sir David Attenborough: ‘We must act now to save the Earth’ [VIDEO]Climate crisis: UN warns of ‘EXTREME’ weather ahead [ANALYSIS]Climate change: Last decade is officially HOTTEST on record since 1880 [INSIGHT] 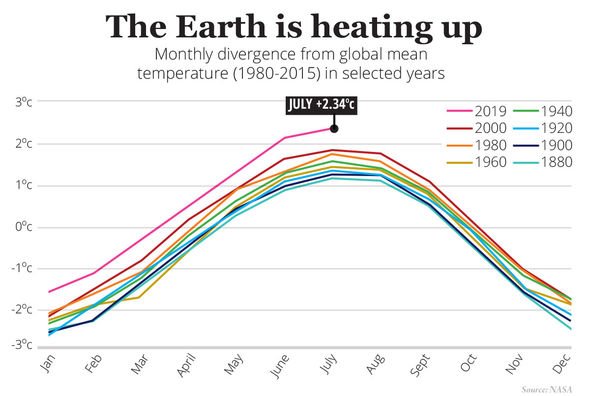 “Entire ecosystems are collapsing. We are in the beginning of a mass extinction.

“And all you can talk about is money and fairytales of eternal economic growth.

The World Economic Forum will be held in Davos between January 21-24.