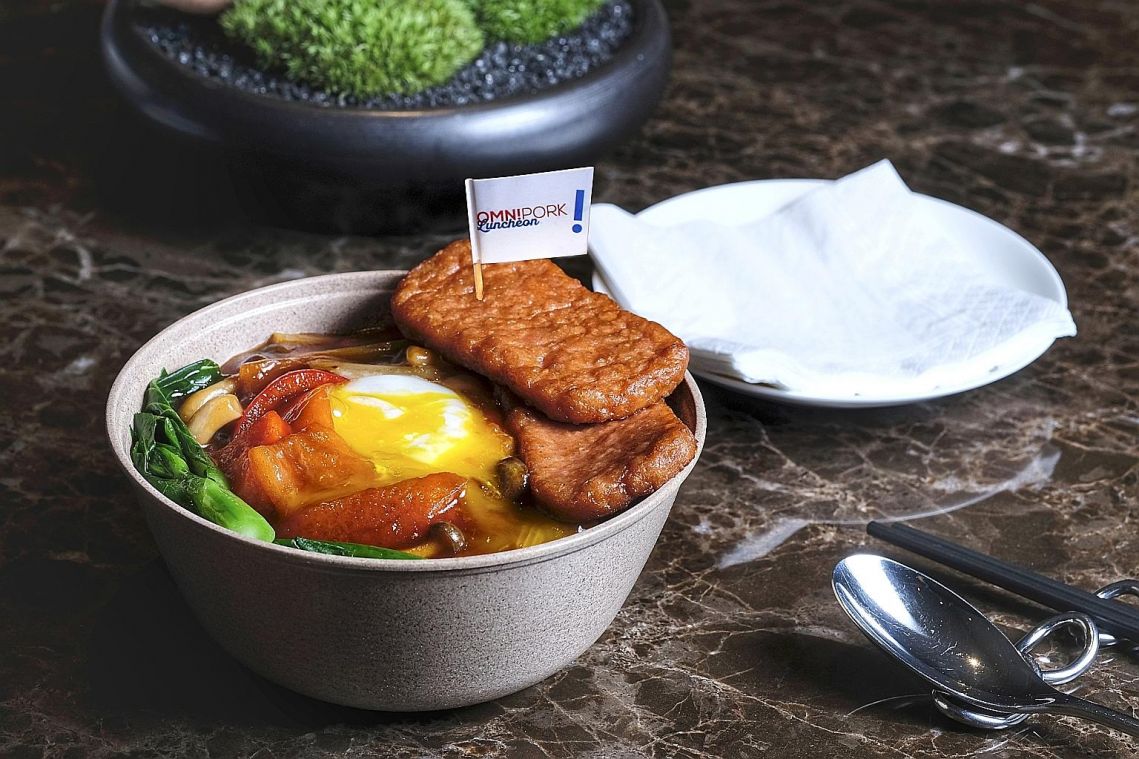 The move comes amid a surge in interest in plant-based meat both in Singapore and other parts of the world in recent months.

Companies offering meatless alternatives have also been pushing their products more aggressively. Amid food supply disruptions, they are highlighting the sustainability of their products, as well as how they promise to be healthier options.

At a time when the Covid-19 crisis has battered the food and beverage industry, plant-based businesses, which were already growing pre-pandemic, are thriving.

According to a Financial Times report last month, which quoted statistics from consumer data group Nielsen, sales in the United States for plant-based meat substitutes jumped 265 per cent over an eight-week period ending April 18.

A report published by the World Economic Forum and Reuters last month said suppliers are seeing surging demand for plant-based protein foods in Asia as Covid-19 raises concerns among consumers over links between meat and viral diseases.

In Singapore, the plant-based sector is also doing brisk business during the pandemic.

At Quorn, an established meat substitute brand from Britain, its grocery products, including nuggets and mince, are selling at "a faster rate than last year", says food company Monde Nissin Singapore, which brings in the brand.

As consumers shift towards "sustainable and healthy products post-Covid-19", Mr Tiam-Lee predicts that plant-based food will become mainstream in the next decade.

Over at Impossible Foods, Mr Nick Halla, its senior vice-president of international, notes that demand for food delivery has been instrumental in boosting sales for plant-based food.

Deliveroo Singapore reported a 53 per cent jump in orders for Impossible dishes from restaurant partners such as Three Buns, NamNam, PS Cafe and Pizza Express last month compared with the previous month.

Impossible Foods, which introduced its Impossible Pork in January at the annual Consumer Electronics Show in Las Vegas, has no plans to launch it yet.

He says: "No one wants a pandemic of such a massive scale... but the importance of having an alternative has become apparent."

Sales of OmniMeat products have skyrocketed in the past three months and the company is "ramping up production aggressively".

Retail packs will be launched in the city in July and by September in Singapore. Mr Yeung also plans to offer the company's range of OmniEat ready-to-eat meals here.

Green Monday is also the distributor for other plant-based items such as the Beyond Burger, Beyond Beef, Gardein Fishless Fillet and Gardein Crabless Cake.

At Grand Hyatt Singapore, one of the early adopters of plant-based products here, Mr Lucas Glanville, 52, director of culinary operations, has noted an increase in plant-based items that are ordered together with other dishes on its online platform.

About a quarter of its online menu features plant-based options, including its popular Beyond Meat burger, and new dishes such as Heura chicken green curry and organic vegetable curry.

NOT ALL EATERIES SEE GROWTH

But not all F&B outlets that serve meatless substitutes have experienced a significant boost.

Married couple Lee Ken Ming and Sophia Shen, who own travelling food tuck The Goodburger - now parked at Coronation Plaza - have gained traction for their Impossible burgers, but have not seen an uptick in sales for Impossible meat blocks.

So far, just a few customers have bought the 2.27kg block, says Ms Shen. "It's actually not very practical, even for a family, to buy it. The size is meant more for commercial rather than domestic use."

For Mr Yuan Oeij of The Prive Group - known for offering plant-based dishes at its restaurants - the more pressing concern is keeping his business afloat.

All of its outlets are closed during the circuit breaker, except for Prive Tiong Bahru, which offers islandwide delivery and takeaway.

While he acknowledges that the pandemic may drive some people to make healthier choices, he adds: "Covid-19 may not make people eat more responsibly, unless it becomes more devastating than it already is."

His current challenge is to refine his products for delivery. He recently added a Prive Sausage Muffin ($6.80) - consider it a vegan McMuffin - with a housemade plant-based sausage patty, vegan cheese, vegan mayonnaise, English muffin and hash brown.

Still, the plant-based food sector is expected to continue to grow in a post-Covid-19 world, with businesses planning for expansion and rolling out new items.

Impossible Foods does not rule out selling other plant-based meat products such as fish and non-dairy items in the future.

The Goodburger owners hope to launch a second food truck and are working on new plant-based products, from meat to non-dairy milkshakes.

A growing number of restaurants have also jumped on the plant-based bandwagon recently. They include Chinese restaurant Yan at the National Gallery Singapore, Tablescape Restaurant and Bar at Grand Park City Hall, and Thai restaurant Blue Jasmine at Park Hotel Farrer Park.

For example, Yan, which is offering rice dumplings for the first time this year, is introducing a Do-It-Yourself vegan rice dumpling made with Heura plant-based chicken and preserved vegetables.

Some hawkers are also open to using meatless substitutes now.

Mr Steven Lai, who runs Quan Xin Vegetarian stall in Bedok North, is working on a coffee OmniMeat rib recipe. His new stall in Aljunied - slated to open after the circuit breaker - will offer this dish, along with other OmniMeat items.