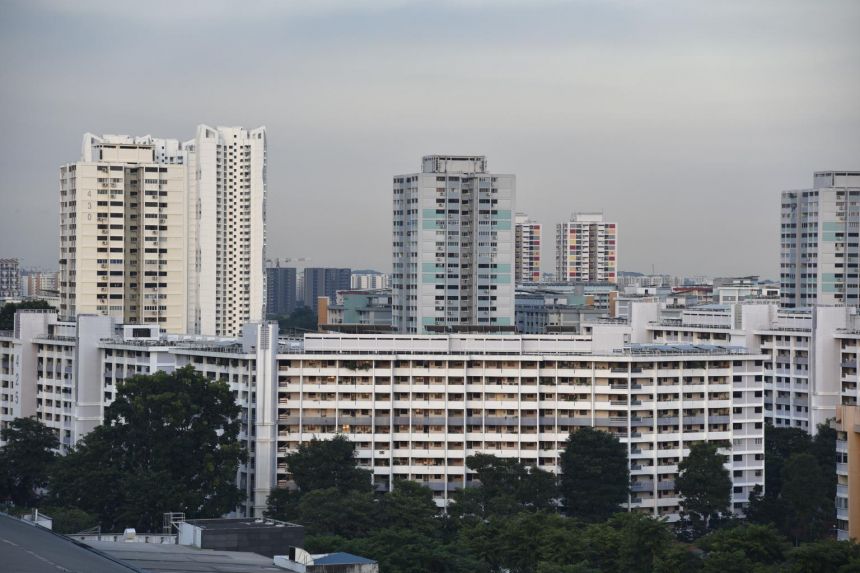 Resale prices rose 2.8 per cent in the three months to June this year from the previous quarter, compared with a 3 per cent rise in the first quarter.

Year on year, HDB resale prices were up by 10.8 per cent.

The slower price increase could be due to buyers' resistance to paying more in cash over valuation, said Huttons Asia director of research Lee Sze Teck.

At the current pace of price growth and increased demand, prices are likely to reach the 2013 peak in the second half of this year, she added.

For the first half of this year, resale prices increased by 5.9 per cent, this was within her full-year estimates of 5 to 9 per cent, said Ms Sun.

Median prices of resale flats rose in 20 out of 26 towns, said Ms Sun.

The construction delays in new Build-To-Order (BTO) flats drove many families to turn to the secondary resale market, along with buyers who have downsized from private properties, said Ms Sun.

"Due to the robust housing demand and supply shortage, bargains were fading and buyers have to move quickly if they spot a home that interests them, especially at popular locations. With many eager buyers willing to match the valuation of properties, prices of resale flats are creeping up in many areas," she said.

An estimated 8 per cent fewer flats have changed hands in the second quarter of this year compared with the first quarter, said Huttons Asia chief executive Mark Yip.

This was likely due to the tightened restrictions during Singapore's phase 2 (heightened alert) in May and June, he added, although there remain keen interest in resale flats.

Mr Yip expects the number of million-dollar flat transactions to exceed 200 this year.

"While it may make headlines for the transacted value, such transactions are less than 1 per cent of the whole year transaction volume," he said.