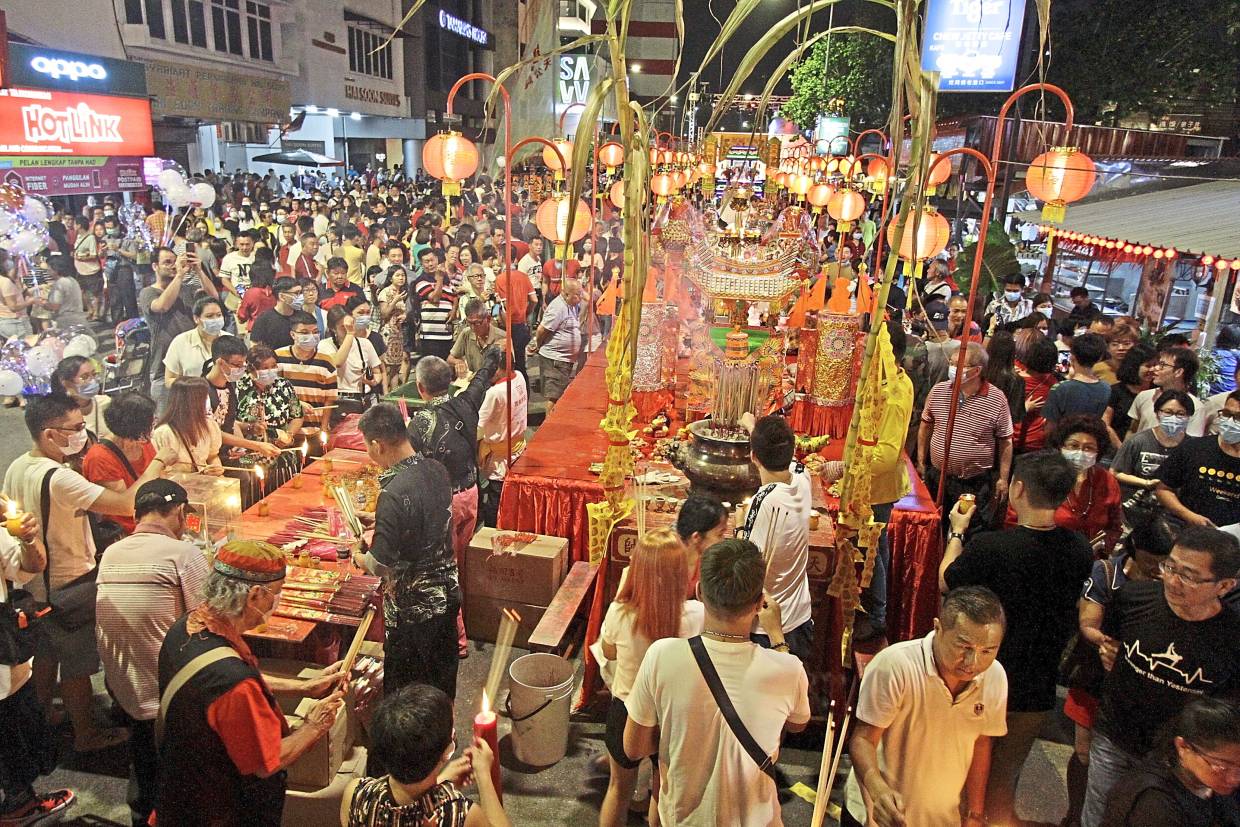 Lazada, Grab, movie tickets even have these hidden discounts!
If our cleaning services are unsatisfying, 2nd time is FREE!

MORE than 10,000 people thronged the stretch of clan jetties along Weld Quay in George Town, Penang, to pay homage to the Jade Emperor at Chew Jetty. The gathering was to celebrate Thnee Kong Seh (Jade Emperor’s birthday). The crowd started to build up from as early as 8pm for the celebration which began Sunday midnight. The annual affair, now into its 113th year, saw devotees gathered along a more than 30m-long grand altar at the entrance to the jetty for the celebration. Various offerings such as rice wine, ang koo (bean paste cake), mee koo (red tortoise bun), huat kuih (prosperity cake), roasted meat and fruits were placed on it. Sugar cane stalks were tied around the altar which was brightly lit with red lanterns hung over them, while people held up joss sticks and uttered prayers in silence. The wafting smoke of incense greeted locals and tourists alike alongside the rhythmic playing of cymbals. At midnight, the night sky was lit up with fireworks. Jade Emperor, who in folklore, is the divinity that rescued the ancestors of the Hokkiens from the clutches of an invading army. Legend has it that Hokkiens from the Fujian province in China survived persecution from Sung Dynasty soldiers by hiding in a sugarcane plantation on Chinese New Year Day for nine consecutive days. Hokkiens have since then celebrated Chinese New Year on a grander scale on the ninth day of the new lunar year. Apart from performances such as lion dance on stilts and LED dragon dance, there was a speed glitter artwork with a Chinese New Year theme, a God of Prosperity magician, a 24-season drum performance and song items, among others, at the event. Spotted immersing herself in Penang’s diverse culture was Margaret Nash from Ireland. “This is the first time I travelled to Penang but I have been travelling throughout Asia since May last year. “This is my first fireworks display for the year. “I love the din and I really enjoyed the cultural performances. “The food here is also brilliant, I love it so much,” she said. Accountant Ivan Tan, 33, said he had faithfully attended the celebration for the past six years. “My colleagues and I are representing our company here to offer roasted meat and some kuih. “We hope that our company’s business will improve and continue to do well,” he added. Among those present were MCA vice-president Datuk Tan Teik Cheng and local party members. In his speech, Pengkalan Kota assemblyman Daniel Gooi said this was the fifth time Chew Jetty organised the celebration with the state government. “The Chew Jetty Chinese New Year celebration is indeed one of the main attractions in our state. “I am touched with the attendance tonight because despite the corona virus scare, it did not stop people from joining in the celebration,” he said. Before midnight, Finance Minister Lim Guan Eng and Chief Minister Chow Kon Yeow arrived to grace the event. Lim said the country’s economic growth would be better than the previous year. “Despite the Wuhan coronavirus scare, we are hopeful that we will conquer the challenge. “Change is not just talking about it, we need to work hard and make progress every day,” he said. Chow said Chew Jetty has been the venue for one of the important cultural and religious celebrations in Penang. He also represented the state government and Tanjong constituency to contribute RM200,000 from his constituency allocation for renovation works at Chew Jetty. Also present were Chew Jetty Association chairman Chew Choon Seng and its honorary advisor Datuk Seri Chew Chong Chin, state youth and sports committee chairman Soon Lip Chee, state tourism development, arts, culture and heritage committee chairman Yeoh Soon Hin, vice consul-general of the People’s Republic of China in Penang Zhang Li, Komtar assemblyman Teh Lai Heng, Ayer Itam assemblyman Joseph Ng and Sungai Pinang assemblyman Lim Siew Khim.