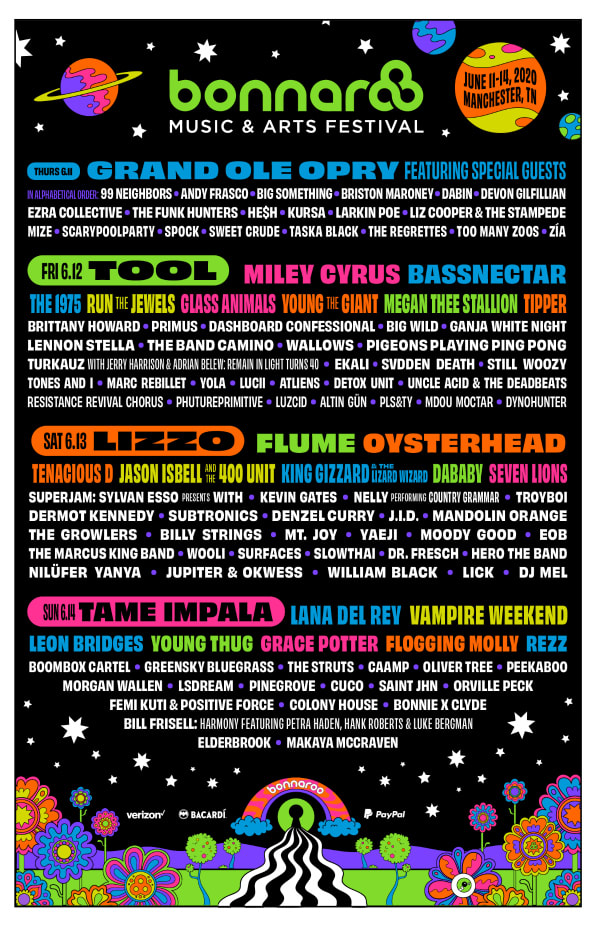 This year's lineup for the Bonnaroo Music and Arts Festival has been unveiled, with a diverse group of artists spread across the four-day event.

Among some of the more notable names include Young Thug, who is coming off his first chart-topping album in So Much Fun, along with a handful of hits to boot. DaBaby will grace The Farm with his presence, and he brings along two impressive albums from 2019 and one of the more energetic shows in rap. Lana Del Rey, Megan Thee Stallion, and Nelly are also on the bill, with the latter act planning to perform his debut studio album Country Grammar in its entirety.