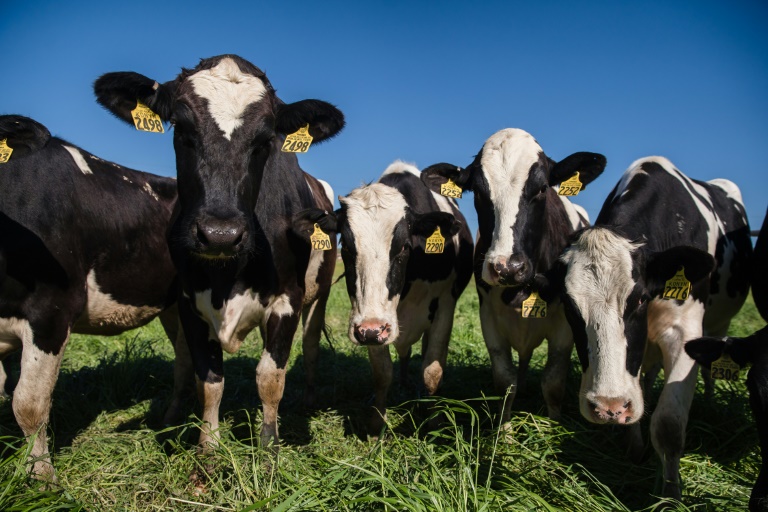 LOS ANGELES - Dozens of cattle escaped from a meatpacking plant and led police on a slow-moving chase through a residential area of Los Angeles.

The 40-odd fugitives ran wild Tuesday evening in the streets of Pico Rivera, wandering around and munching on people's lawns.

Sheriff's deputies aided by police on horseback took hours to corral the animals and get them onto trailers for the trip back to the slaughterhouse.

At one point police had the runaways cornered in a cul de sac but the herd scattered when officers tried to round them up.

They had escaped the meatpacking plant through a gate that was left open.

One was shot dead by police after it charged and knocked down members of an onlooking family.

Another cow was still unaccounted for as of Wednesday morning.