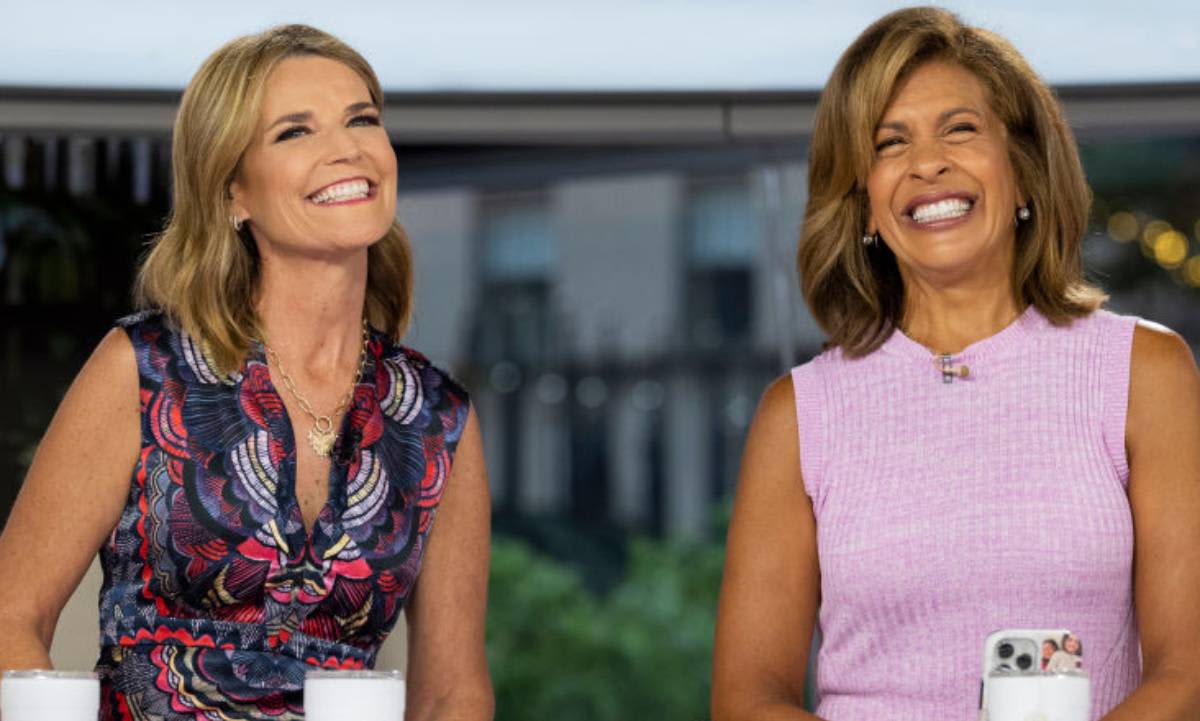 Hoda Kotb andSavannah Guthrie got animated on the Todayshow when they had a hilarious 'face-off' live on-air.

Savannah took to Instagram to share photos which captured their expressions as they had a conversation in front of the cameras.