Hotels that have stayed relevant, even after 100 years 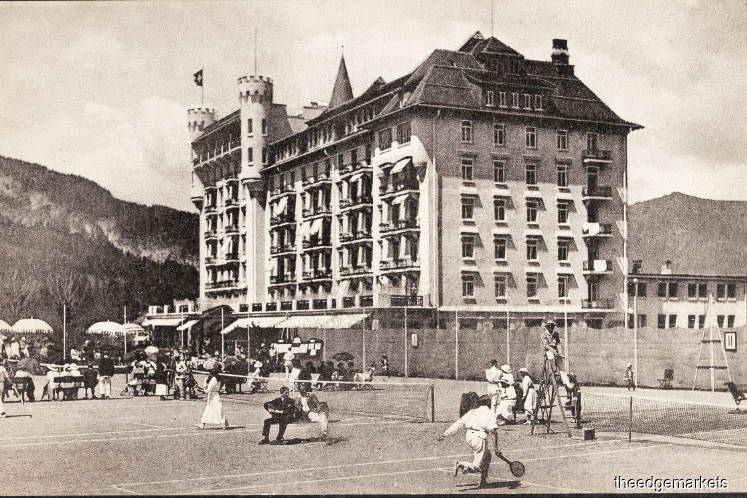 Centenarians have a lot to share. They can talk for hours, telling engaging stories while dispensing nuggets of wisdom. The same can be said of heritage hotels that have survived wars, economic downturns and the disruptive nature of online home rental apps. They have all stood the test of time and, today, continue to provide a unique experience for their guests. Each has had a facelift to freshen up their look, but they all retain their resplendent glory in addition to boasting modern conveniences.

In 1891, another brother, Arshak, joined the business. He added a large ballroom to the hotel in 1903. It was a hit with high society, with opulent parties, wedding dinners and banquets held there. In 1922, Arshak acquired a nearby tract of land to build the Victory Annexe, which further extended the hotel’s ­already-impressive sea frontage. However, owing to the Great Depression and Arshak’s extravagance and mismanagement, the hotel’s performance declined. After Arshak’s death in 1931, the hotel changed hands several times.

But E&O Hotel has made a strong comeback and its old-world charm still draws guests. In 2013, a new Victory Annexe with 132 rooms was opened to the public. Recently, the hotel’s out-of-service but well-maintained Waygood Otis lift with its sliding grill was featured in the megahit Crazy Rich Asians. 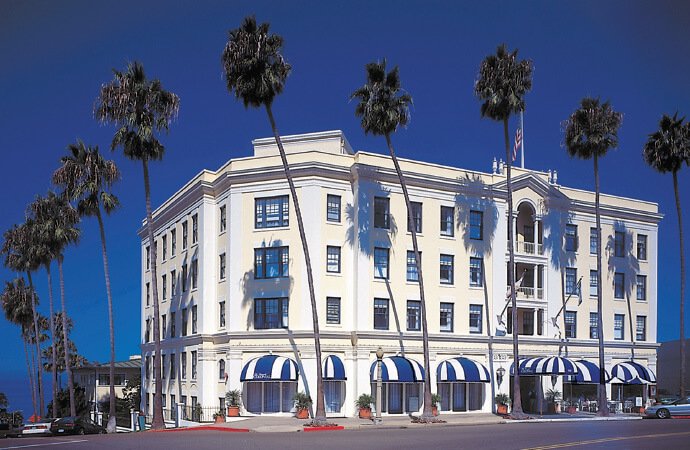 Over the years, the hotel has gone through several refurbishments but always retained its European-style design and service. In 2007, there was an US$8 million restoration of the hotel that included two adjacent historical buildings — the Little Hotel by the Sea (1924) and the Garden Terraces (1926). In 2019, the restoration of Swansea Apartments saw it adding its four 1-bedroom suites to the hotel inventory. Today, 97 rooms are available.

Over time, the hotel fell into disrepair, and was acquired by several parties. Today, it continues to allow guests to take a step back in time while enjoying top-class service.

Gstaad Palace Gstaad, Switzerland Situated on a hill overlooking the village centre of an area called Oberbort, the Gstaad Palace hotel opened its doors in December 1913. Owned by the Scherz family, it is one of the last family-owned and -operated hotels in Switzerland, with the third generation at the helm. It has survived declines  in guest arrivals due to two world wars but has rebounded strongly. In fact, due to its location, the hotel built an impregnable vault to store the valuables and gold belonging to several Swiss companies during World War II.

The hotel has appeared in movies and hosted superstars, including the King of Pop Michael Jackson and actress Elizabeth Taylor. Apart from its 90 exquisite rooms, it also has the Walig Hut, which was built in 1783 and can be used for parties or for accommodating up to four guests.

A fun piece of trivia about the hotel is that it has an estimated three tonnes of luggage stored in two cellars and on the sixth floor. Well-heeled guests leave their belongings so they can use them when they come back for their holidays. The management guarantees free storage for up to 20 years. Items that are not collected are donated to the Salvation Army. 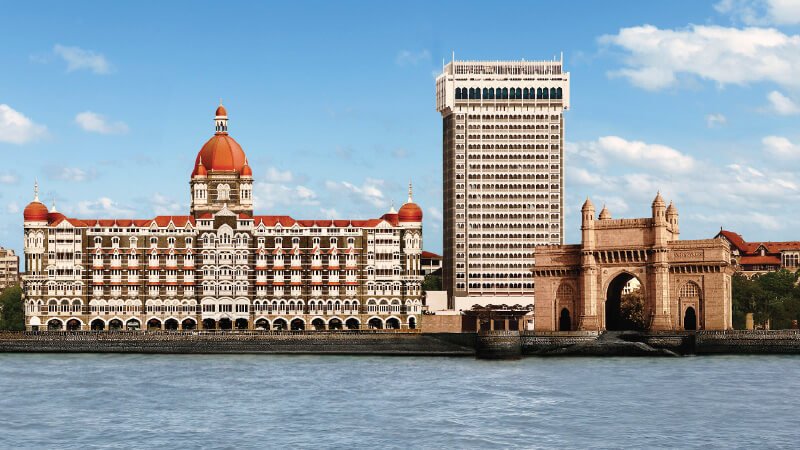 The classic architecture of the hotel makes it stand out and project a sense of the grandeur of a bygone era. Guests are spoilt for choice in terms of food, with restaurants serving Eastern Mediterranean, Japanese, Szechuan, Cantonese, European and Indian cuisine.

For those looking to hold a party or gathering, there are nine grand ballrooms, with the largest taking up 5,335 sq ft. There are also smaller rooms for meetings that measure 400 to 700 sq ft.

To encourage the arts, the hotel established the Taj Art Gallery for  artists to display their works. For an immaculate coiffure, head to the Taj Salon, and to soothe nerves frayed by city living, pamper yourself with traditional Indian treatments at Jiva Spa. 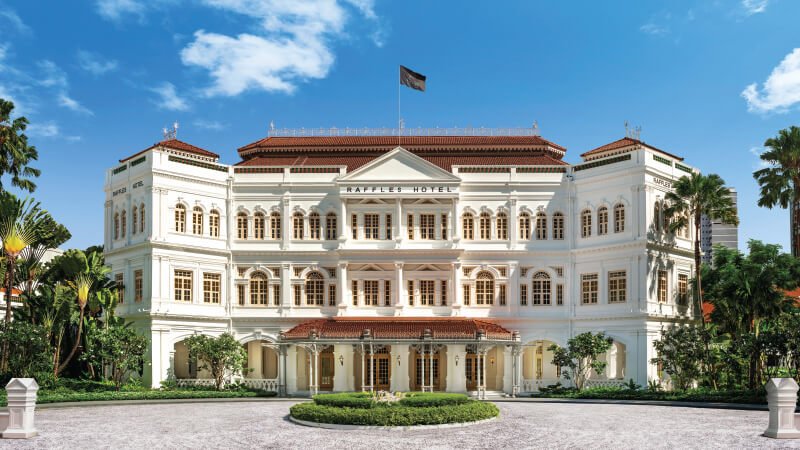 As the hotel grew in popularity, the brothers added more rooms and unique experiences such as the Bar & Billard Room, Tiffin Room and a ballroom, which served as a social centre for the elite.

In 1997, the hotel’s 100th anniversary, it was declared a National Monument by the Singapore government. It has continued to draw guests, who delight in its quality service and unique and timeless architecture. Luminaries who have stayed at Raffles Hotel include Michael Jackson, Charlie Chaplin and Karl Lagerfeld.

The hotel currently boasts 115 suites and a host of new spaces for guests to meet, stay, shop, dine and celebrate. And for those who love tradition, the original Singapore Sling continues to be served at the refreshed Long Bar.

Hotel Continental Saigon Ho Chi Minh City, Vietnam The Hotel Continental Saigon is in Dong Khoi, one of the oldest roads in Ho Chi Minh City, next to the Opera House. The hotel opened in 1880 and was designed with high ceilings and spacious hallways that provided natural ventilation and light. This was particularly handy considering there was no electricity then to help cool and light the hotel. Electricity was introduced only in 1898, powering the fans and lights in the rooms and restaurant.

The architecture of the building is a mix of Greek and Roman design and the original tiled roof, dating back to 1878, continues to stand strong after all these years.

The hotel was built by French home appliance and construction material manufacturer Pierre Cazeau. It was sold to Duke de Montpensier, grandson of King Louis Philippe 1 of France, in 1911. In 1930, the property was sold to Mathieu Franchini, who ran the hotel until 1954, when his son, Philippe, took over the reins. Today, the hotel is state-owned and serves local and international guests. 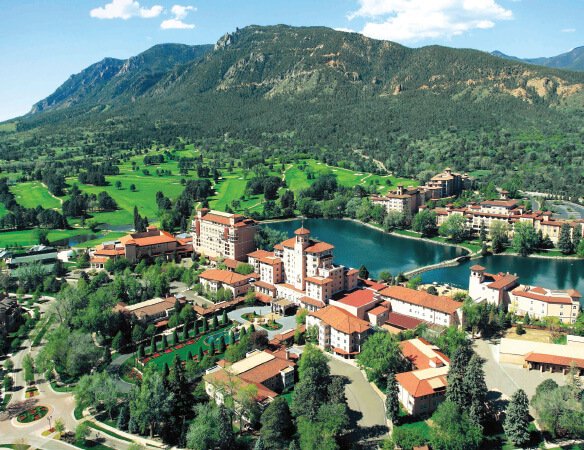 The Broadmoor Colorado Springs, Colorado, the US Considered the “baby” of this collection of heritage hotels, The Broadmoor celebrated its 100th anniversary in 2018. It continues to be a favourite destination for relaxation, adventure and good old-fashioned “me” time. Since it opened, the hotel has had only three private owners — Spencer Penrose, Edward L Gaylord and Philip Anschutz.

The property spans more than 5,000 acres and has some great vistas for guests to enjoy. The hotel itself has 784 rooms, suites and cottages, with 185,000 sq ft of meeting space in 62 meeting rooms. There is a championship golf course designed by Donald Ross and Robert Trent Jones, Sr.

For the adventurous type, there are three wilderness experience properties that provide a “true Colorado experience while offering mountain rustic luxury”. Guests are spoilt for choice with 20 restaurants, cafés and lounges to choose from. Shopaholics will need some therapy after browsing through the 23 speciality boutiques and retail shops. There is a spa and salon that will make anyone look their best.