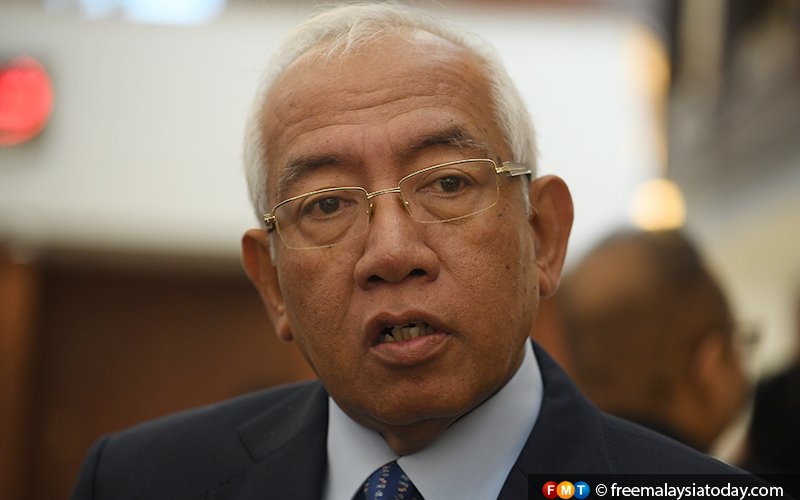 I was pressured to award project to Jepak Holdings, ex-minister tells Rosmah trial

The then minister Mahdzir Khalid said Rosmah, the wife of then prime minister Najib Razak, personally showed interest in the project.

He said it happened during the breaking of fast at the official residence of the prime minister in Putrajaya on June 8, 2016.

“As I was greeting her before leaving, she told me ‘you look la into Cikgu Azmi’s solar project. Expedite it’,” said Mahdzir who held the portfolio from July 2015 to May 2018.

The fifth prosecution witness said he only replied “Yes, yes” because there were many people around.

Mahdzir said the incident strengthened his belief in Rosmah’s involvement in the project.

“Since Rosmah had spoken to me, I felt I must be serious as that was a directive to me. Moreover, she is the prime minister’s wife who has the authority and influence,” he said when examined by deputy public prosecutor Idham Abdul Ghani.

The Padang Terap MP and Umno vice-president said Rosmah’s authority was evident when she uttered the words “look into” and “expedite” the project.

The witness said Saidi and Rayyan met him in his office sometime in September 2016 to know if the letter of award for the project had been issued.

He said Rizal later contacted him to speed up the approval for the project but that he told him the matter was now handled by ministry officials.

“I knew from the telephone call from Rizal that he was representing Rosmah as he uttered the word ‘Mam’,” he added.

Mahdzir said Saidi and Rayyan again came to see him in his office to find out whether the award letter had been issued but again he told them ministry officials were handling the matter.

“They forced me to help them. Saidi told me that Rosmah was already angry due to the delay in releasing the letter,” he said.

He said Saidi and Rayyan were also unhappy when only a letter of intent was issued as it imposed conditions.

“They said the ministry was not doing its job. They both wanted us to issue the letter of award,” he said, adding that the duo threatened to report the matter to Najib.

Saidi also said Rosmah was unhappy as the ministry had only issued the letter of intent.

“Rayyan even told me that he would ask the prime minister to issue the award letter. I did not want to entertain them anymore and told them to do what they liked,” he added.

Mahdzir said on Nov 8, 2016, he received an order from Najib to issue the letter of award to Jepak.

“The letter from the prime minister stated that the award letter was to be issued immediately based on the terms and conditions set by Jepak,” he said adding that he felt pressured by the “team”.

Mahdzir said he met Najib after a Cabinet meeting to advise him to delay issuing the award letter but the prime minister was adamant.

Rosmah is charged with soliciting RM187.5 million and two counts of accepting bribes totalling RM6.5 million, between 2016 and 2017, for the supply and installation of solar energy to 369 rural schools in Sarawak.

Hearing before Mohamed Zaini Mazlan has been adjourned to Monday.