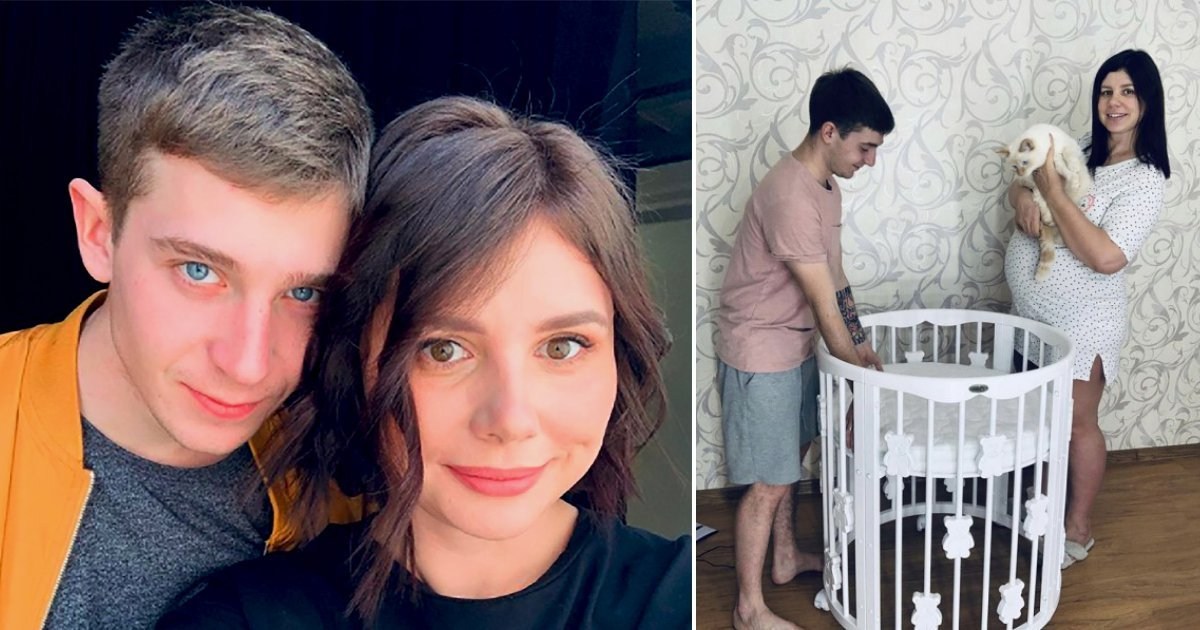 An influencer who gained a mass following after sharing weight-loss content has shocked her viewers after having a baby with her former step-son.

Marina Balmasheva, 35, first caused waves when she revealed she was dating 21-year-old Vladimir who she met while in a relationship with his dad Alexey.

The mum from the western region of Krasnodar Krai in Russia was married to Alexey, 45, for 13 years before they got divorced. She first met Vladimir when he was seven and had been in his life ever since.

After the divorce, Marina got together with Vladimir, then 20, announcing that they were planning to get married.

Last June, she also revealed news of the pregnancyand this week, Marina and Vladimir became parents to a little girl.

Marina has posted controversial images on her socials including this image with their ages attached (Pictures: @marina_balmasheva)

The pair now live together with their new daughter and five other children who Marina had adopted while she and Alexey were still together.

Marina shared an image of their newborn on her Instagram page where she has more than half a million followers.