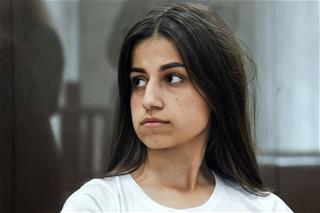 (Newser) – Russian prosecutors decided earlier this year that murder charges against three sisters who killed their father after years of abuse should be dropped. The country's investigative committee has rejected the recommendation. Authorities say Maria, Angelina, and Krestina Khachaturyan confessed to killing their father with a knife and a hammer in their Moscow-area home in July 2018, the BBC reports. They were 17,18, and 19 at the time. The prosecutor's office said in January it had concluded that the killing should be seen as "necessary self-defense" after the girls had suffered "beating, constant humiliation, threats and abuse, physical and sexual violence." But the investigative committee says its own investigation concluded that the charge of premeditated murder should stand.