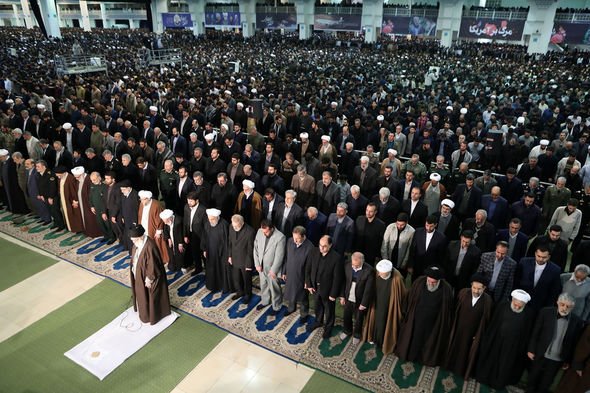 In a televised sermon he claimed the US government did not care about the Iranian people and only wanted to “stab them in the heart with their venomous daggers”.  The Islamic Republic’s most powerful figure made the comments after Donald Trump used Twitter to reach out to Iranian civilians as they took to the streets of Tehran in their thousands to protest against the regime’s downing of a passenger jet. Ayatollah Khamenei told worshippers at a mosque: “The villainous US government repeatedly says that they are standing by the Iranian people. They lie.