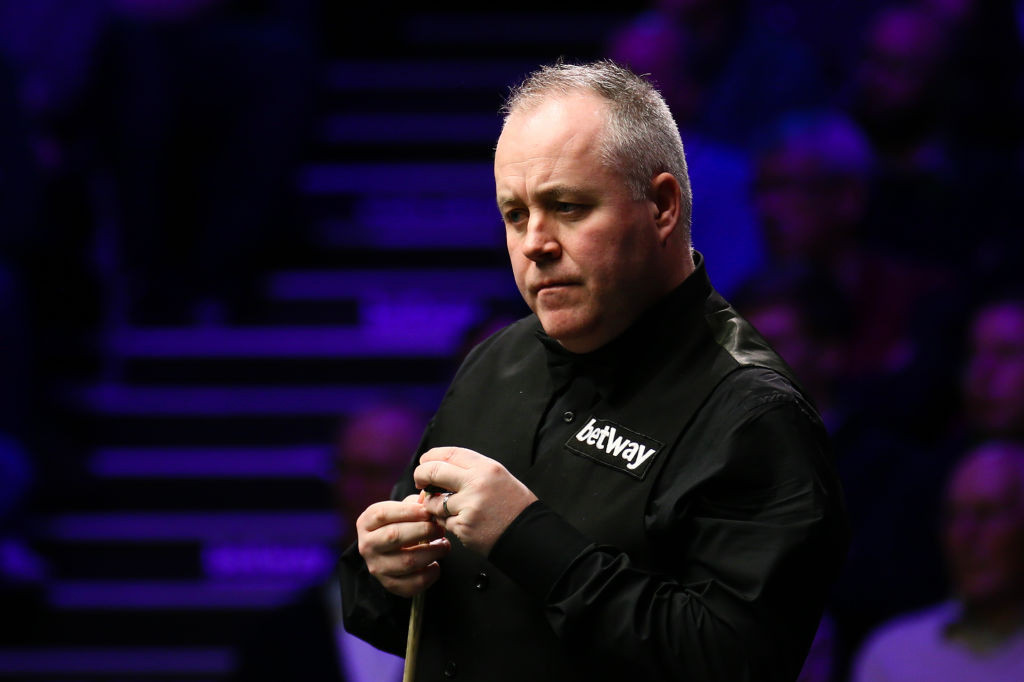 John Higgins made the 12th maximum break of his career (Picture: Getty Images)

John Higgins made a stunning 147 maximum break in the very first frame of his British Open campaign on Monday afternoon.

The four-time world champion took no time at all to warm up at all in his first round match against Alexander Ursenbacher in Leicester, knocking in the perfect break in frame one.

It is the 12th maximum break of the Scot’s glittering career, which takes him clear of Stephen Hendry into second place on the all-time list.

Only Ronnie O’Sullivan is ahead of the Wizard of Wishaw with the Rocket making 15 maximums over his epic career.

World number one Judd Trump, who plays later on Monday against Mitchell Mann, was quick to congratulate Higgins on Twitter.