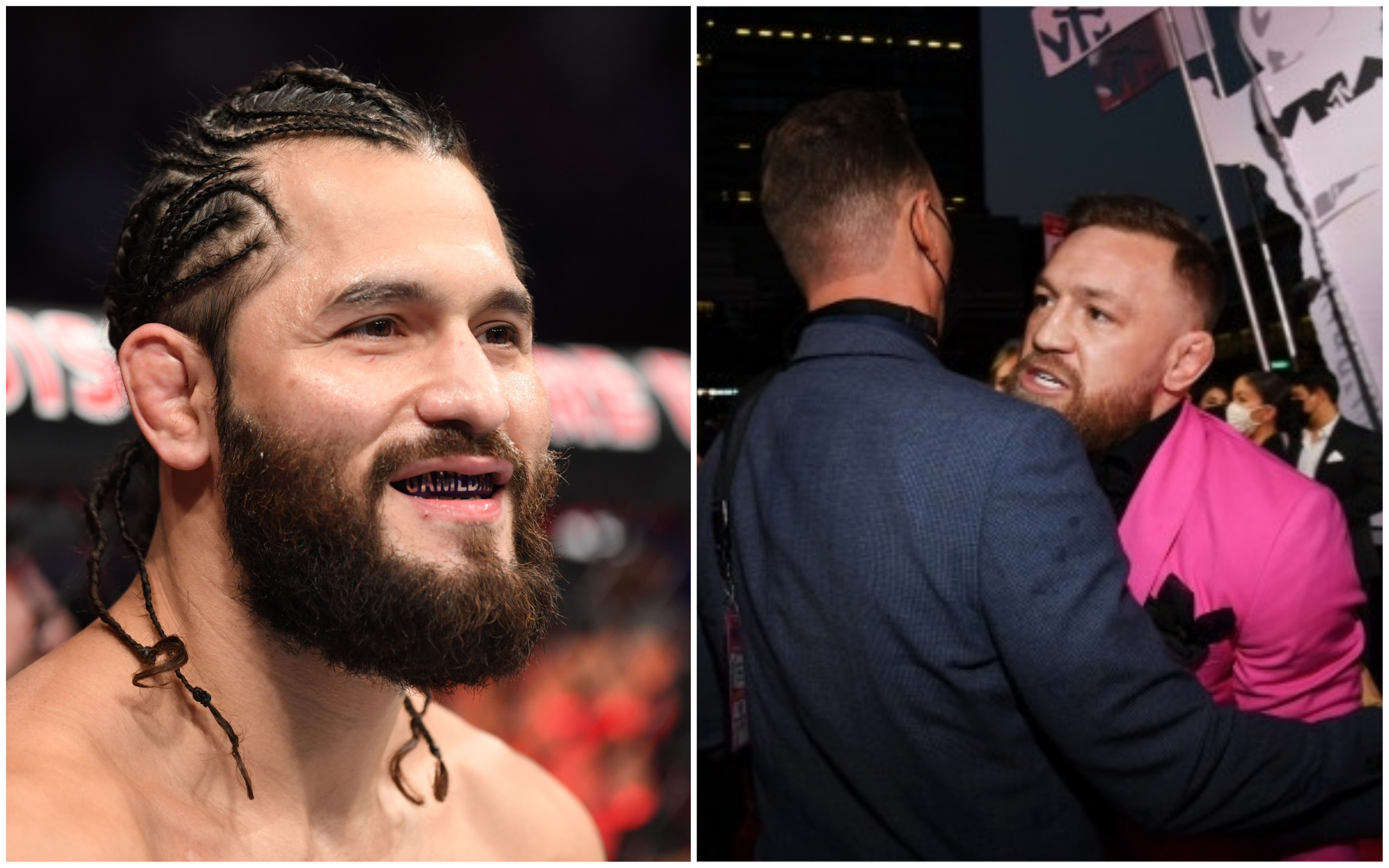 Masvidal wants to see an MMA fight between McGregor and MGK (Picture: Getty)

Jorge Masvidal has called for a bout between Conor McGregor and Machine Gun Kelly following their bust-up at the MTV Video Music Awards – backing the latter to get the win.

McGregor and Kelly clashed at the red carpet event at Brooklyn’s Barclays Center on Sunday with videos and photographs appearing to show McGregor taking a swing at the musician while being held back by security.

‘Nothing happened with me, I only fight real fighters, people that actually fight, you know what I mean.

‘I certainly don’t fight little vanilla boy rappers. I don’t even know the guy. I don’t know anything about him, except that he’s with Megan Fox.’

As the MMA world reacted to another outside-the-octagon incident involving McGregor, Masvidal proposed a fight between the two, calling on Triller to host the event.

‘Yo Triller set this up,’ Masvidal wrote on Twitter after sharing footage of the incident.

Yo @triller set this up. In a five rounder I got my money on @machinegunkelly #supernecessary https://t.co/95fT4CZZff

‘In a five rounder I got my money on Machine Gun Kelly.’

McGregor is still recovering from a broken leg suffered in his UFC 257 defeat to Dustin Poirier in July.

The Dubliner underwent surgery in the days that followed but would appear to be well ahead of schedule in his bid to return to the cage.