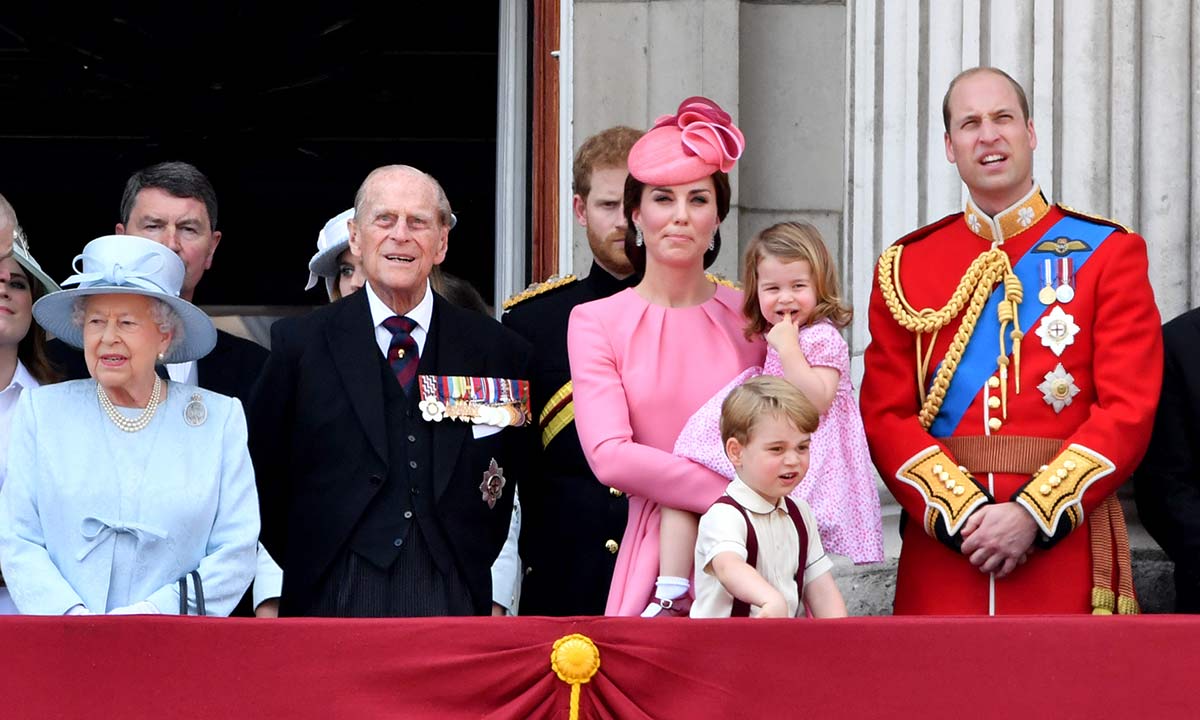 The Duke and Duchess of Cambridge joined other members of the royal family on Friday to make a sombre change to their social media channels in honour of Prince Philip.

The Duke of Edinburgh sadly passed away at Windsor Castle on Friday morning aged 99. Following news of his death, Kate, William,Prince Charles and the Queen, all made significant changes to their profile pictures.

MORE: How Prince Philip was always the Queen's rock

To signal the loss of Philip and their collective mourning of his passing, each family swapped out their picture avatars for a black and white photo.

Kate and William - who had a photo with their children Prince George, Princess Charlotte and Prince Louis clapping for carers last year - chose their joint monogram which features a curly C, for Catherine, over a black W, for William, both written in calligraphy.

Prince Charles and Camilla's profile - which had a photo of the couple smiling in an official portrait released to mark Wales Week 2019 - chose to display the Prince of Wales's feathers. Meanwhile, the royal family's avatar changed from a photo of the Queen and Prince Philip at the Epsom Derby in 2016 to the Queen's coat of arms.

The royal family's website also updated its main page to an image of Philip against a black backdrop, with "The Duke of Edinburgh 1921 – 2021" written underneath his photo.

A statement followed, which read: "It is with deep sorrow that Her Majesty The Queen announces the death of her beloved husband, His Royal Highness The Prince Philip, Duke of Edinburgh.

"His Royal Highness passed away peacefully this morning at Windsor Castle. Further announcements will be made in due course. The Royal Family join with people around the world in mourning his loss. Friday, 9 April 2021."

The website also revealed that it will be "temporarily unavailable while appropriate changes are made".

Celebrities and world leaders also paid tribute to the late Duke of Edinburgh. Justin Welby, the Archbishop of Canterbury, said in a statement: "I join with the rest of the United Kingdom and the Commonwealth in mourning the loss of His Royal Highness Prince Philip, The Duke of Edinburgh, and give thanks to God for his extraordinary life of dedicated service.

"Prince Philip continually demonstrated his unfailing support and unstinting loyalty to Her Majesty The Queen for 73 years."