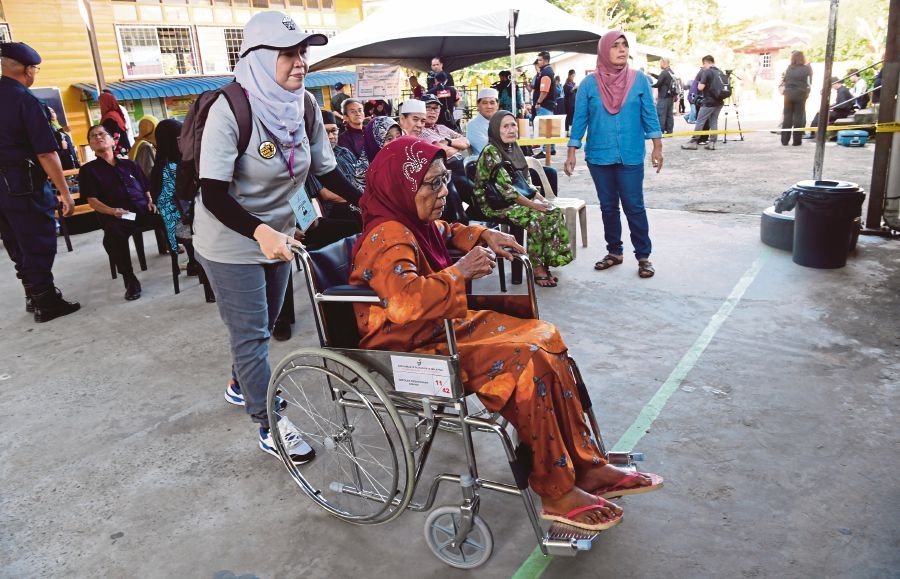 Do you want a free iPhone Xs? Many other amazing prizes are waiting too!
Lazada, Grab, movie tickets even have these hidden discounts!

KIMANIS: Senior citizens were among the early electorates who arrived at the SK Our Lady Fatima polling centre near here, to cast their ballots in the Kimanis by-election.

Most of them arrived as early as 7am. Some were seen accompanied by their children and younger relatives.

Juanis Puduk, 72, who was the first person to cast his vote at the centre, said he came early with his 69-year-old wife Malina Bantil to avoid the crowd.

"We haven't had our breakfast yet, so after voting we will go for breakfast.

"In the last 14th general election, we came to vote at about 10am. It was already crowded, so we learnt from that," said the retired policeman from Kampung Langkawit Papar.

For both Juanis and Malina, they hoped their chosen candidate would represent their parliamentary constituency effectively should he win.

"As rakyat, we are only doing our role (as voters). I'm sure each candidate has their own planning. Whatever it is, I hope they don't sideline us (senior citizens)," added Malina.

Chung Chin Ping, 80, from Kampung Kelatuan, also came to the voting centre early with his family to escape the long line.

While expressing his support to the government, Chung hoped the people would not be presented with false promises this time.

"In the past, the government introduced fish farms and encouraged the people to be involved. They provided us the fish but did not really teach the people the know-how.

"I hope the government will provide proper guidance whenever they introduce something new to the rakyat," he said.

As at 9am, the voting process which started at 7.30am, went smooth at SK Our Lady Fatima, where 2,300 voters are expected.

The Election Commission (EC,l staff were also seen assisting the old folks, and providing wheelchairs to those in need.