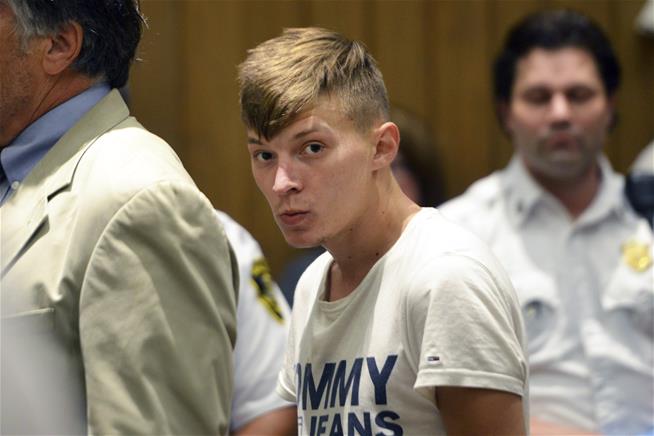 Lawyer: Motorcyclist at Fault in Crash That Killed 7 Bikers

Do you have vision problems? Let SLM help you!
Afraid to go to the cinema during the epidemic? You can also watch blockbusters online!

(Newser) – One of the motorcyclists in a crash that killed him and six fellow bikers on a north woods New Hampshire highway was drunk and actually was the one who hit a pickup and caused the accident, the lawyer for the truck driver charged with homicide said in a document made public Tuesday. A New Hampshire State Police account of the June 21 crash in the community of Randolph “was deeply flawed," the lawyer for truck driver Volodymyr Zhukovskyy, 24, of West Springfield, Massachusetts, said in a motion filed Friday that seeks a hearing to set him free on bail. State police initially determined that the flatbed trailer he was hauling was 1 1/2 feet over the center line at the time of impact, the motion said. But the state recently disclosed a report from an independent accident reconstruction firm that challenges that assessment, according to the motion filed by defense lawyer Jay Duguay.