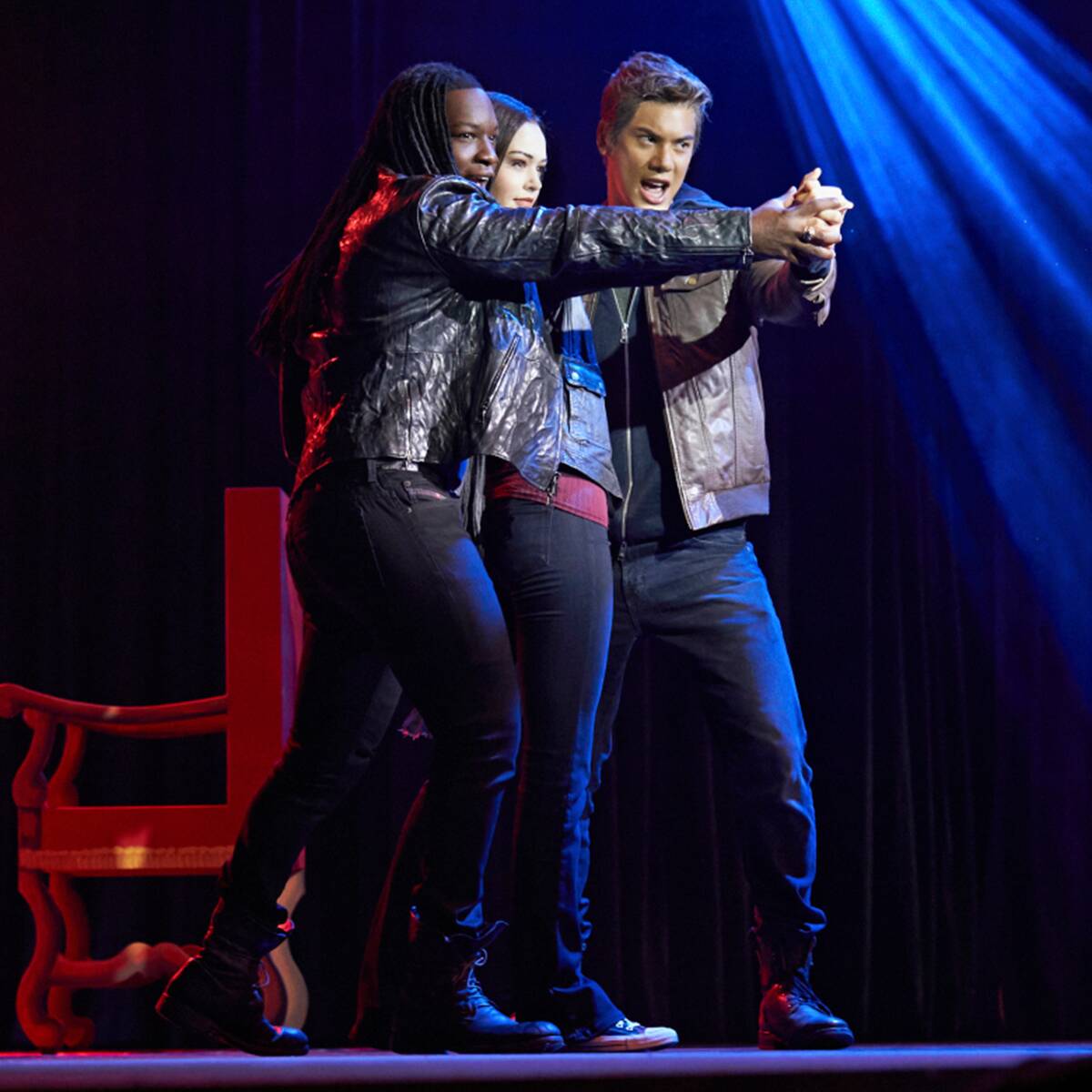 The day we've all been waiting for has finally arrived. Yes, the day of the Vampire Diaries musical!

Tonight, Legacies puts on its highly anticipated performance of Salvatore: The Musical!, a show fictionally written by Landon Kirby (Aria Shahghasemi) about the founding of the Salvatore School. The school was actually founded by Caroline (Candice King) with help from Klaus (Joseph Morgan) in the Vampire Diaries series finale, and the musical begins with Elena (originally played by Nina Dobrev) meeting Stefan (originally played by Paul Wesley) outside of Mystic Falls High School, which happened in the TVD pilot.