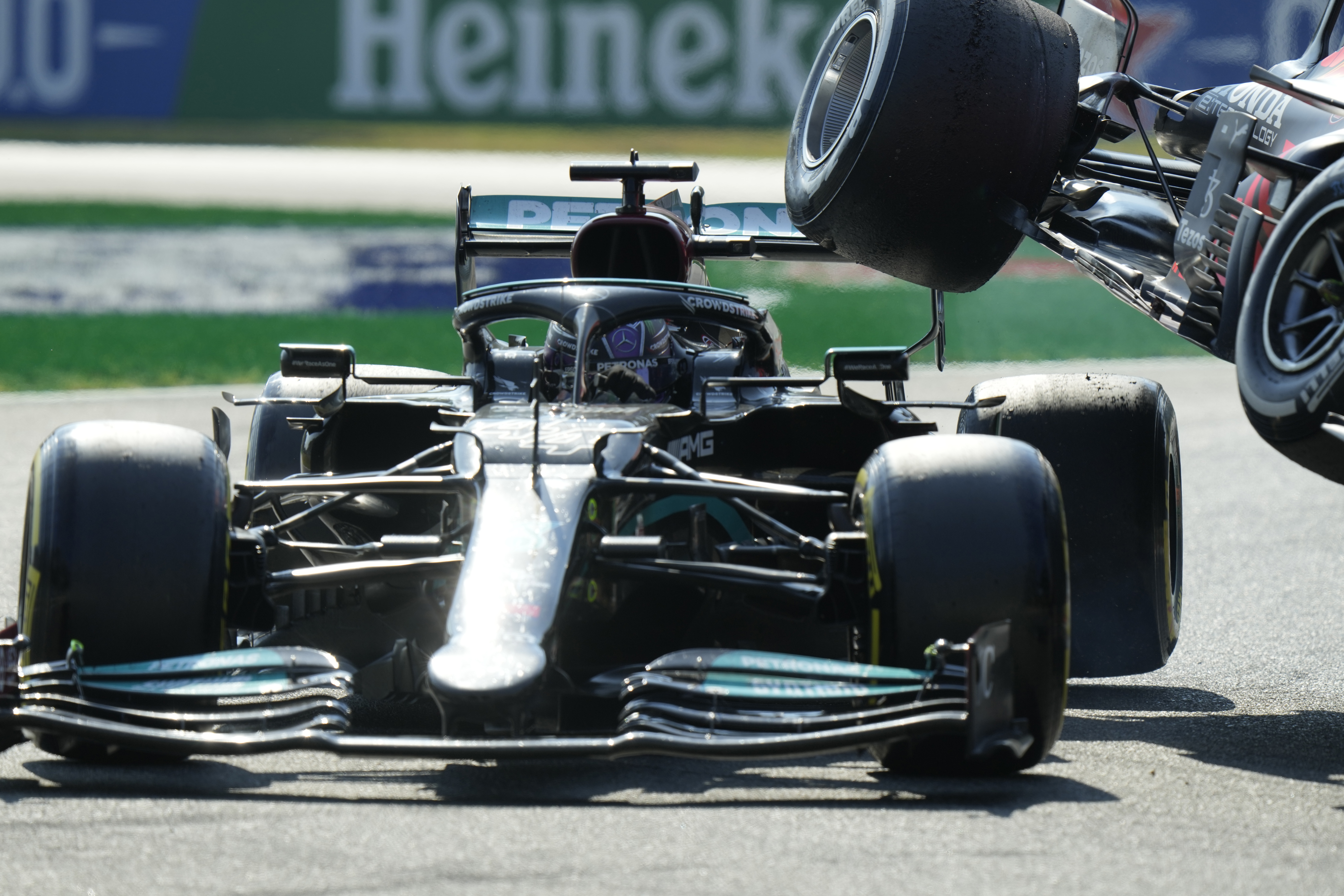 Lewis Hamilton and Max Verstappen crashed out of the Italian Grand Prix with Hamilton escaping what could have been a horrific injury after his rival's car landed near his head.

Luckily for the 36-year-old seven-time world champion, the halo appeared to saved him from serious injury.