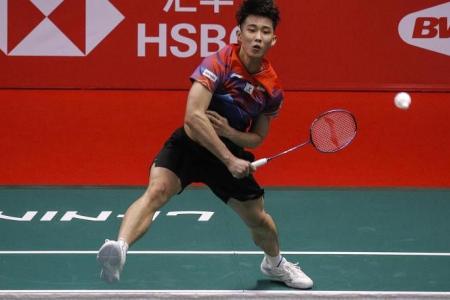 BANGKOK – Singapore’s world No. 3 Loh Kean Yew is out of the Badminton World Federation (BWF) World Tour Finals after he lost 21-12, 23-21 to Indonesia’s Anthony Sinisuka Ginting in their final men’s singles Group B match on Friday.