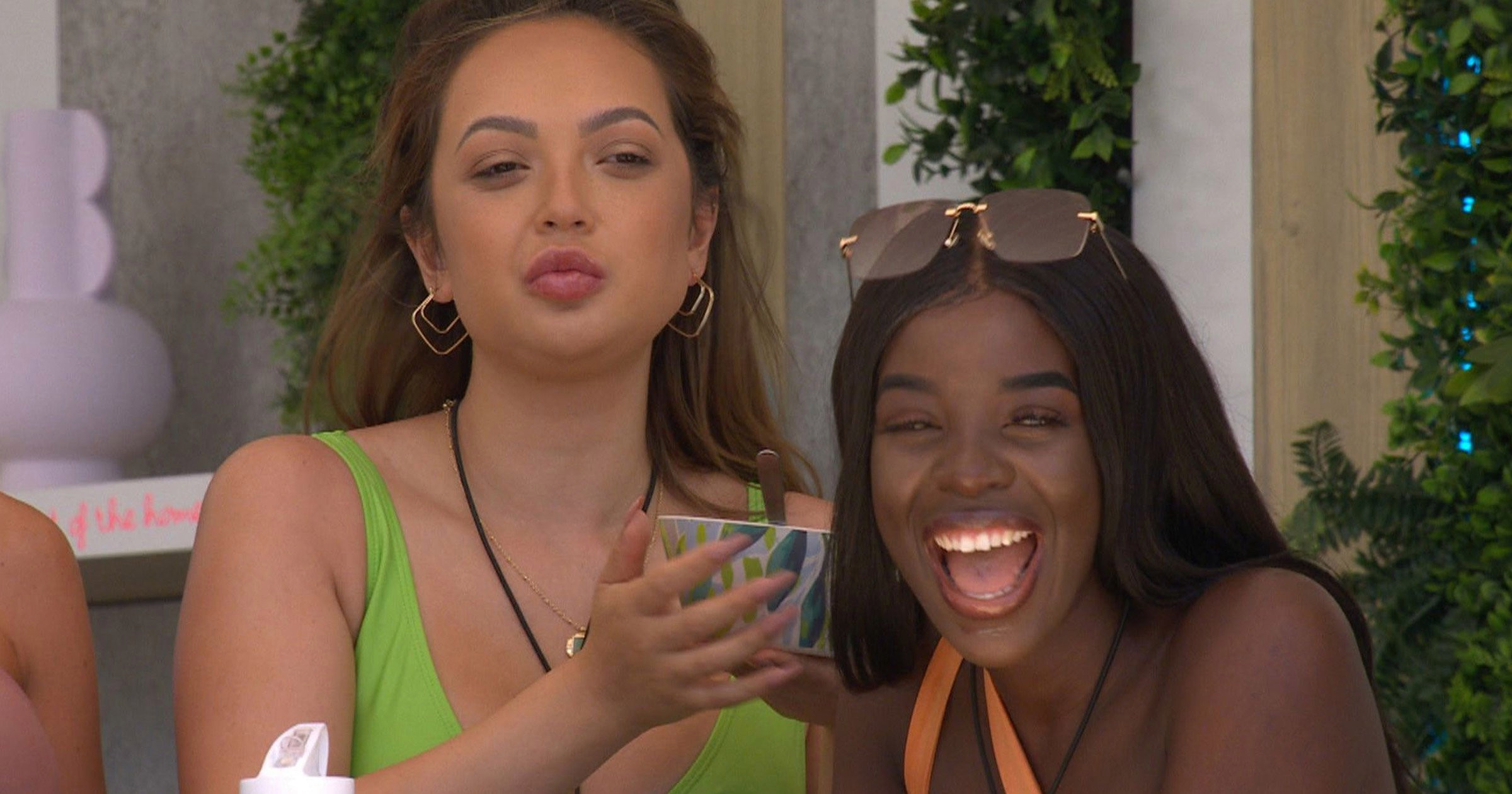 Love Island contestants Sharon and Kaz caught up in an emotional reunion on Facetime (Pictures: Rex/ITV)

Love Island is well and truly over for another year and with the stars now all back in the UK, fans were treated to a snippet of a call with Kaz Kamwi and Sharon Gaffka.

This week saw the villa doors shut for another year after Millie Court and Liam Reardon were crowned the winners.

However, things are just getting started for some of this year’s islanders as they finally reunite after all having left the Majorcan location.

Although not all the show’s stars found love, many of them have become good friends as a result and two fan favourites showed just how much they had missed each other on social media.

Kaz and Sharon shared a screenshot from their first Facetime call since landing back home.

In the snap, Kaz can be seen with her hand over her mouth, as Sharon looks tearful on the call.

Kaz and Sharon were emotional at being able to see each other again (Picture: Instagram @sharongaffka)

Sharon shared: ‘Not crying. You are. ‘When I tell you that I’ve missed this face, this energy, this whole being…’

This year’s finalists are currently in isolation due to Government restrictions regarding international travel.

The islanders have to remain in their homes for 10 days, meaning much of their initial catching up is being done over the internet.

It comes after Kaz and Tyler Cruikshank gave their newfound followers a glimpse into one of their calls earlier this week.

The couple, who have been dubbed ‘Kyler’ by fans, both posted screenshots to their stories as they currently live apart from one another.

Kaz also put the picture on her own page, adding: ‘We’ll be reunited soon TyTy.’

Tyler and Kaz came in fourth place ahead of Faye Winter and Teddy Soares and Chloe Burrows and Toby Aromolaran who were placed third and second behind the eventual winners.

Fans will get another chance to top-up their Love Island fix next weekend when the show’s reunion programme airs on Sunday night.

Liberty Poole confirmed confirmed on her Instagram Stories that the reunion is set to air on ITV2 on September 5.

Love Island seasons 1-6 can be streamed in full on the ITV Hub now.