MMA: McGregor seeks to emerge from controversy in UFC comeback 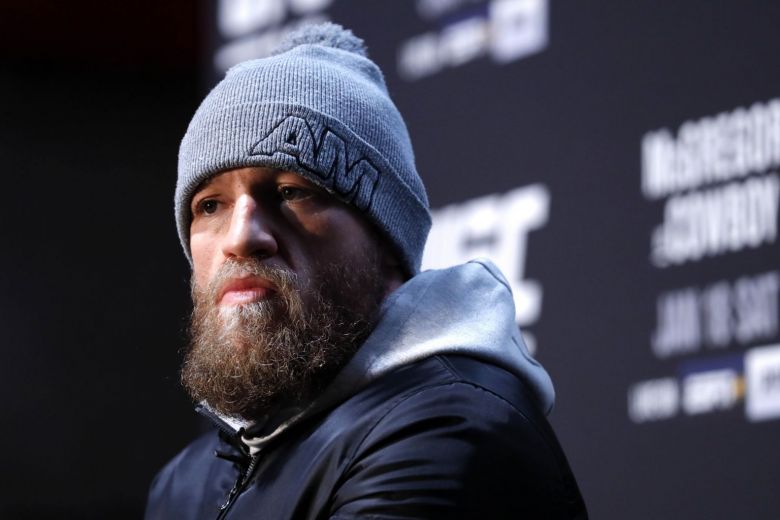 LOS ANGELES (AFP) - Mixed martial arts star Conor McGregor returns to the Octagon after a 15-month absence seeking - he says - to leave controversy behind him.

The Irish star takes on experienced Donald "Cowboy" Cerrone on Saturday (Jan 18) at T-Mobile Arena in Las Vegas - where Wednesday's final press conference offered a remarkable display of respect from a fighter as famed for his trash talk as his formidable left hook.

"It's hard not to respect Donald," McGregor said of the 36-year-old American, who boasts a record of 36 wins, 13 losses and holds the record for the number of knockouts (20) in the Ultimate Fighting Championship (UFC) - where victories are often won by submission and decision.

However, Cerrone appears to be on the wane, considering his last two losses last year to Tony Ferguson and Justin Gaethje.

"He's a good fighter," McGregor said. "But I can read Donald like a children's book. I know his moves and I know what he's planning. I have the advantage of speed, I'm well prepared, there's no one to touch me."

Since then, McGregor has been battered into submission by arch-rival Khabib Nurmagomedov in a contest that was marred by a massive brawl at ringside and been knocked out by boxing great Floyd Mayweather in a cross-combat superfight in Vegas in 2017.

Away from the ring, the former UFC featherweight and lightweight champion has been charged with two assaults in the United States and, according to reports in the New York Times, remains the subject of two sexual assault investigations in Ireland.

"I've made mistakes," McGregor said in the buildup to the fight.

"And I have been man enough to admit them and correct them. I'm more mature and more experienced. These experiences have helped me improve as a man.

"But if you ask my family, my loved ones, they'll tell you I'm not that different. I'm still that passionate young man looking for the moon."

McGregor and Cerrone both weighed in at 170 pounds on Friday for their welterweight bout.

McGregor fought at welterweight previously when he went 1-1 against Nate Diaz in 2016 while Cerrone went 6-4 during a welterweight run between 2016 and 2018.