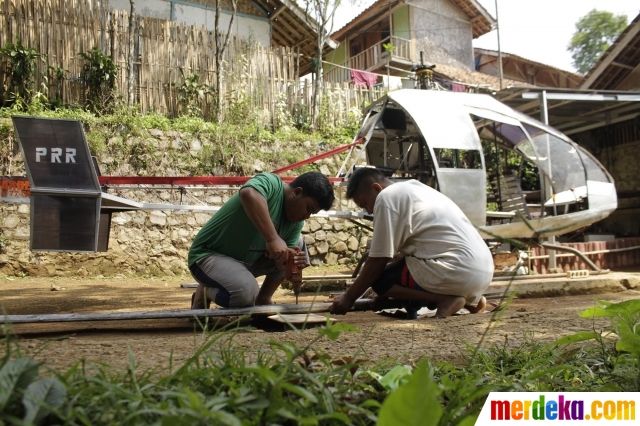 A man has came up with a seemingly ingenious way to beat Indonesia’s horrible traffic — building his own helicopter.

For the last 18 months, Jujun Junaedi, 42, dedicates his free time to building a helicopter in his backyard with instructional videos as his guide.