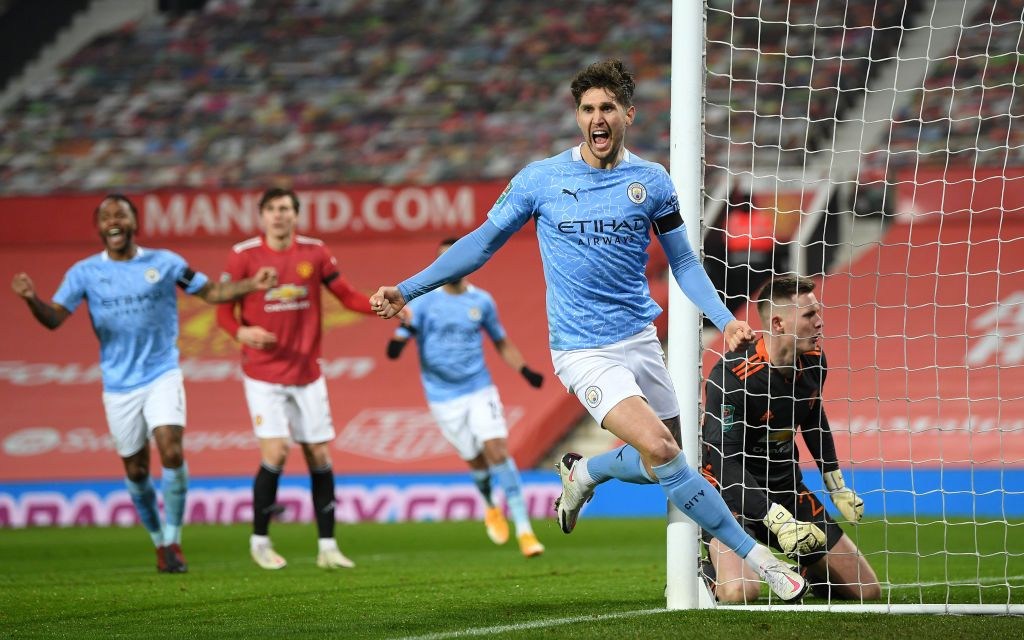 In a match full of chances, it was Pep Guardiola’s side who progressed (Picture: Getty Images)

Manchester City edged out rivals Manchester United in a thrilling Carabao Cup semi-final at Old Trafford on Wednesday night to book their place in the showpiece at Wembley against Tottenham.