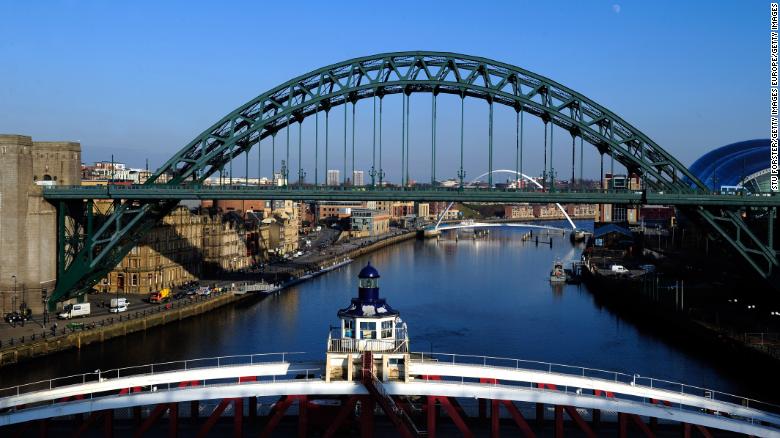 London (CNN)The organizers of a marathon in southern England have apologized after the course for Sunday's race was more than 500 meters (1,640 feet) too long.

The Brighton Marathon returned to the streets of the coastal city after a pandemic-enforced break, but participants were forced to run further than the regulation 26.2 miles.

"We would like to apologise to our marathon participants that the course today has measured 568m too long," the organizers said on Twitter.

"We are wholly disappointed that this has affected our runners & hope that it hasn't marred the experience, at what has been a fantastic comeback after event after 18 months."

"The runner who led all the way was caught with 200m to go. So basically, he was winning at the traditional marathon finish point," tweeted one user.

"Despite the marathon route being measured correctly in the lead-up to race start, a basic human error in laying out a cone line meant that the final marathon course overran by 568m on the day," Naylor said.

"We offer our sincerest apologies for this mistake, which was only spotted once participants were on the course, and when an amendment was not possible," he added.

Naylor said finishers will be given more information about their times, and the course length would be adjusted for results and qualifying times.

In September 2019, the organizers of the Great North 5K in Newcastle, northeast England, apologized after officials directed runners the wrong way, shaving around 300 meters (984 feet) off the expected distance.

"We're really sorry, and we're looking into what happened," Great Run, which organizes the Great North 5K, the Great North Run and numerous other events in the UK, posted on Facebook at the time.

"We hope it didn't take take away from your enjoyment of the day and we'll be in touch with all runners directly."

And in May 2019, a Chinese marathon official was banned for a year after he redirected an elite runner away from the finish line, in a mistake that almost changed the outcome of the race.

Kenyan runner Biegon Andrew Kiplangat was leading the pack in the Qingdao Marathon, and had entered the final 300-meter sprint when the guide car he was following exited the track.

Despite his competition being only meters behind him, Kiplangat followed the car off the track. Event organizers directed him back on course, and Kiplangat managed to win with a time of 2 hours, 22 minutes and 17 seconds despite the diversion.