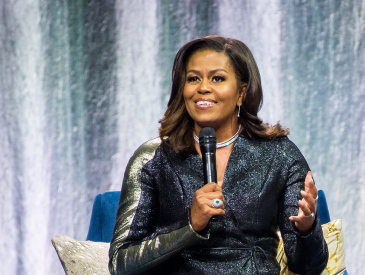 Michelle Obama revealed that things weren’t as rosy as they seemed at the presidential inauguration of Joe Biden on Jan. 20. The effects of the Jan. 6 insurrection on Capitol Hill were still being felt two weeks later. Even though the swearing-in ceremony is about new beginnings — people were jittery.

“The mood was wonderful, but it was also mixed,” she said on Good Morning America on Wednesday. All of the political guests, including Michelle and Barack Obama, George and Laura Bush, and Bill and Hillary Clinton, were “assured that things were under control,” which didn’t stop them from feeling a little uneasy that something unexpected could happen.