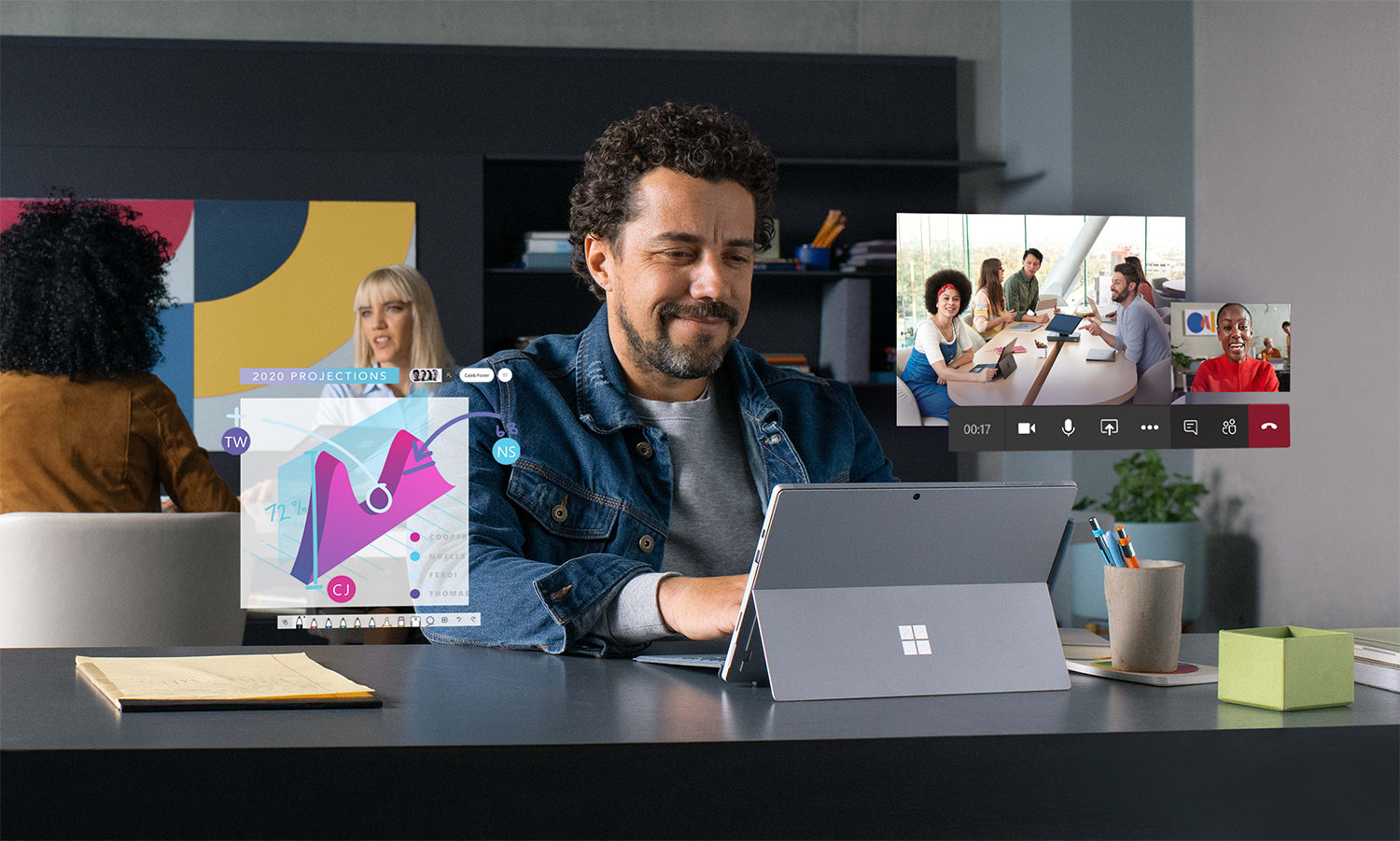 Microsoft is launching a major new ad campaign for Teams, its work-communication app, which has been duking it out with Slack for dominance in the workplace.A new global ad campaign from Microsoft will aim to sell "The Power of Teams," juxtaposing old-school conference room meetings, complete with packets of printed-out charts and spilled coffee as phones are passed, versus what the company pitches as a new way of working. The company worked with its agency, Interpublic's McCann, on the campaign. It will launch in the U.S. on Sunday during the NFL playoffs and will include TV ads, podcasts, digital and out-of-home placements. The campaign will launch in February in the U.K., France and Germany.Slack shares dropped after CNBC reported news of the Microsoft ad campaign, and are now down more than 2% on the day.Teams, which launched in 2016, is a collaboration tool that offers chat, meetings, calling and file collaboration. Microsoft said in November that it had more than 20 million daily active users, a 54% increase from its prior announcement about usage and apparently more than Slack, which said in October it had 12 million daily active users. That raised some questions from analysts (and Slack) about what Microsoft considers an active user, but the tech giant argued its metrics were fair, saying that just because Teams is installed on a PC and automatically opens on start-up doesn't mean the person gets counted as a user.Jared Spataro, the company's Corporate VP for Microsoft 365, said that even with 20 million people using Teams, it's "still on the front end of the adoption curve.""The campaign is designed to expand awareness and familiarity with Teams so more people can experience its ability to change the way they work," he said in an email.Slack commented on Microsoft's campaign on Friday afternoon. "This will definitely drive awareness that there's a better way to work together than email, and that's great - this is a new category, we're at the very tip of the market, and we want more and more people to know there's an alternative to email," a Slack spokesperson told CNBC. "But it's unlikely to help Teams with enterprise customers, because their product is only able to serve very limited numbers of users, whereas Slack is being used by hundreds of thousands of active users inside our biggest customers every day - it's the first thing they check in the morning and the last thing they use before they sign off for the day."Microsoft is a major global advertiser, spending $1.6 billion in global advertising in the fiscal year 2019, according to the company's annual report. The company declined to disclose any specifics about the spending on the Teams campaign.