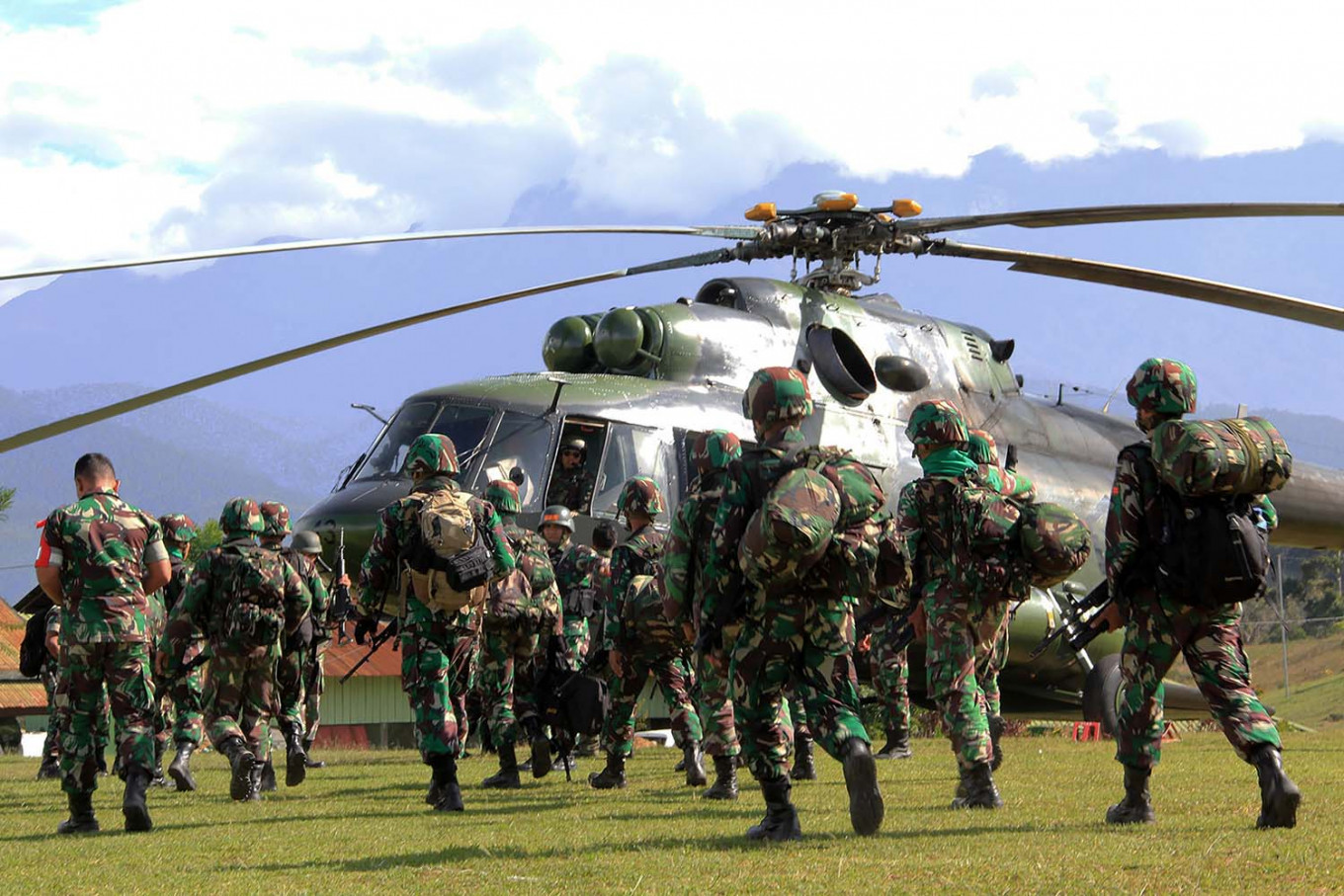 The Indonesian Military (TNI) said on Thursday that it discovered one of the bases of an armed criminal group (KKB) that has been active in Intan Jaya regency of Papua.

Cendrawasih Military Command spokesperson Lt. Col. Dax Sianturi said the soldiers found the group's base in a village in Tigi district on Tuesday.

"We fired two shots; the first one was believed to have hit a member of the group, who afterwards was brought by his friends to a honai [traditional hut]," Dax said as quoted by kompas.com on Thursday.