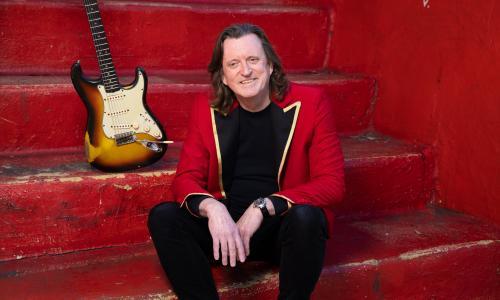 Murray Cook’s favourite things: ‘I wouldn’t say I’m a clotheshorse, but I do like unusual clothes’

To a generation of Australians, Murray Cook will forever be the Red Wiggle. As a founding member of the Wiggles, arguably the country’s most successful children’s entertainers ever, Cook spent over 20 years playing shows for pint-sized punters.

Since hanging up his skivvy in 2012, Cook has continued making music – this time for adults. Today he’s part of soul-rock band the Soul Movers alongside the likes of frontwoman Lizzie Mack and Radio Birdman guitarist Deniz Tek. Their live touring schedule may be on pause for now, but there’s still one place you can see Cook in 2021: on telly. From Saturday 28 August at 8.30pm, he’ll be part of the star-studded cast facing-off on SBS quiz show Celebrity Mastermind.