NUS plans to keep students within zones on campus

The National University of Singapore (NUS) is planning to reopen its campus for the new academic year on Aug 10. It will hold some classes on campus, and others online.

To minimise intermingling of students, it intends to divide its campuses into different zones. Students and faculty will have to keep within their designated zones for all activities, including attending classes and eating at canteens.

Those taking cross-faculty modules that require them to step outside their designated zones will have to take the courses online.

Under the plans being drawn up, the university will be divided into five zones. The Kent Ridge mega campus, with a population of about 40,000, will be split into three zones, while the Bukit Timah and Outram campuses will form the other two zones.

The seven student halls, five residential colleges and two student residences, which hold about 10,500 students, will also be split up into zones. This means that if students share a zone on campus, they will also share a zone in the residences.

With bigger classes being taught online, no more than 50 per cent of the students are expected to be on campus on any one day.

NUS president Tan Eng Chye said that unlike some overseas universities that have announced plans to keep campuses shuttered and offer only online learning, NUS has been working on a plan to give students a partial on-campus experience.

He said: "We see great value in giving our students a vibrant campus experience, and we are doing everything we can to ensure that this is done in a safe and careful way. Measures such as safe distancing, temperature declaration, contact tracing and more will be put in place as we take a phased approach to progressively resuming campus operations."

He said the plan being drawn up takes into account the Government's Covid-19 guidelines. Hence, when the Government adjusts its plans, so will NUS.

NUS senior deputy president and provost Ho Teck Hua said that although student numbers on campus will be halved with some courses going online, there is still a need to keep students within zones.

"We have used data analytics in our planning and brought in public health experts to ensure that our students can come back to campus and still be safe. The data on student traffic shows that there are some spots in NUS that are very popular, including the arts and social sciences faculty canteen. If we allow students to go anywhere they want, then we will have too many congregating in some of these places, and it won't be safe."

A group of National University of Singapore (NUS) students staying in various halls said the plan to have zoning in hostels will create a lot of unhappiness as it requires some students to move out of the hall rooms they are in and away from the communities which they have built relationships with.

The group, calling themselves "concerned students", questioned the need for zoning in the halls. In an e-mail to The Sunday Times, they said "zoning will have little added benefit" as several other measures are in place.

They said zoning can be contravened if students gather outside the campus at similar timings. They also complained about NUS asking them to confirm their hostel stays for the semester, without giving them full information.

NUS had written to the students asking them to confirm if they are continuing their stay in the residences and informing them of the measures, including having to keep to the zones stipulated by the halls. The students were told that those who break the rules would be given demerit points and may be told to leave the hall.

"The circular definitely does not give us a good understanding of NUS' plans or how our classes will look like for the upcoming semester, which makes it difficult for us to make an informed decision on the matter," said the students.

Three other NUS students interviewed said they welcomed the university's plans to bring them on campus, but two of them felt the zoning plan was "too restrictive".

It would be easier to just shut down campuses and get everyone to take classes online, as some overseas universities have done, Professor Ho said, giving the example of the University of California.

"But we believe in the benefits of an on-campus, student-centred education," he added.

On extending zoning to hostels, he said: "There is no point in doing this on campus, but allowing them to mix freely in the halls. It would defeat the whole purpose of zoning."

Professor Tan has held virtual town hall meetings with faculty and staff to encourage them to rethink how higher education can be done differently.

He said: "The Covid-19 pandemic has been a 'reset' button for higher education. At NUS, this has led to the acceleration of our digitalisation efforts. We've had to adapt quickly, moving our classes and exams online.

"Rapid innovations developed in response to these challenging times, such as new ways of teaching and learning, could well become the new normal for university education in Singapore and around the world." 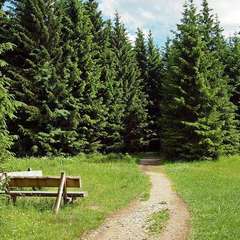 Study at home la why so difficult