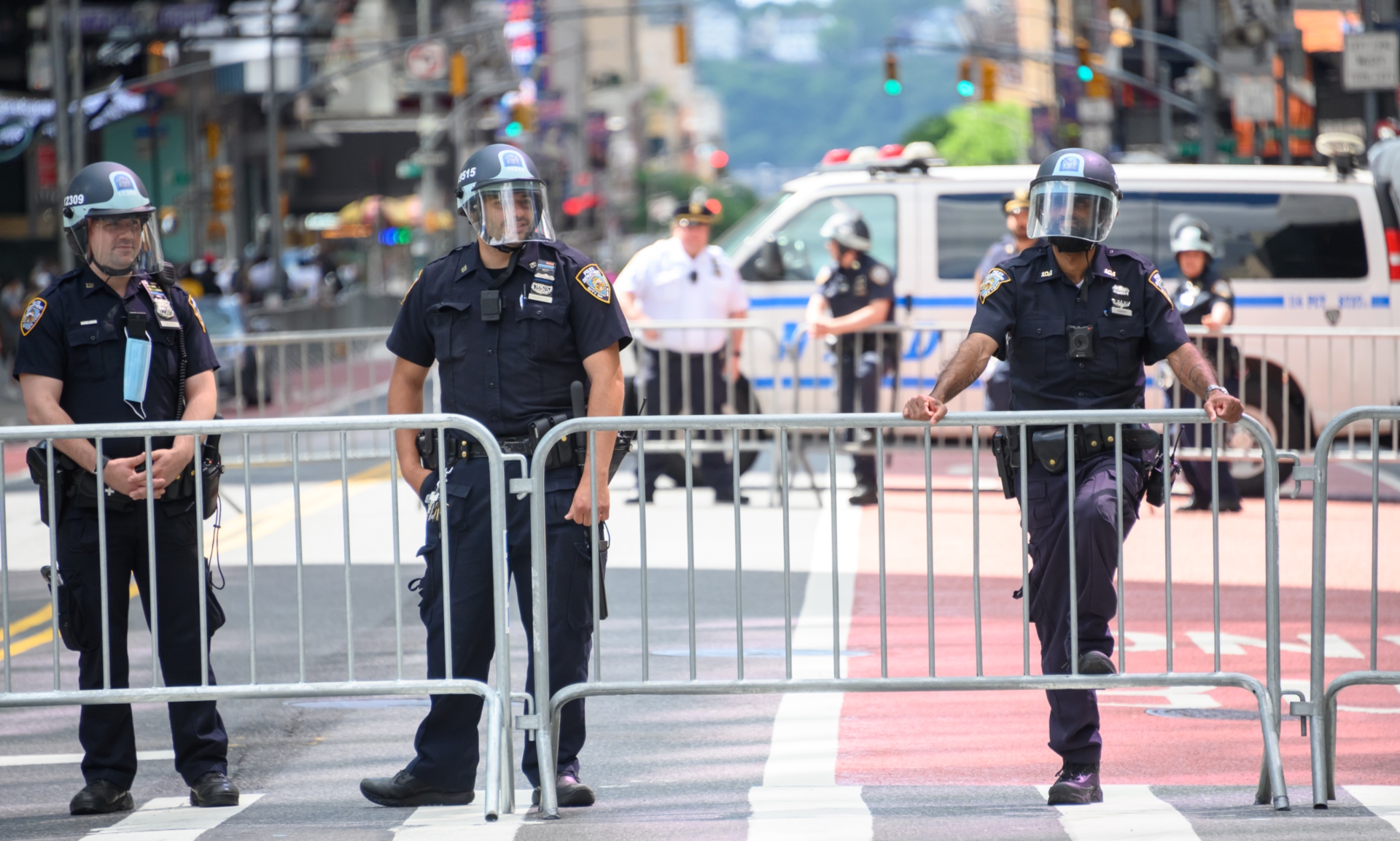 A New York City police officer who was filmed shoving a protester in Brooklyn is set to be charged with misdemeanor assault, harassment and menacing, The New York Times reports.

Vincent D'Andraia was filmed violently pushing the victim, Dounya Zayer, to the ground before calling her a "stupid f*cking bitch," in May. D'Andraia has since turned himself in at the 84th Precinct Station house. He was suspended without pay last week alongside another officer involved in a separate incident, with investigators concluding they had both violated department policies. The second officer has yet to be named publicly, but he was reportedly recorded taking off a man's mask to pepper-spray him in the face.