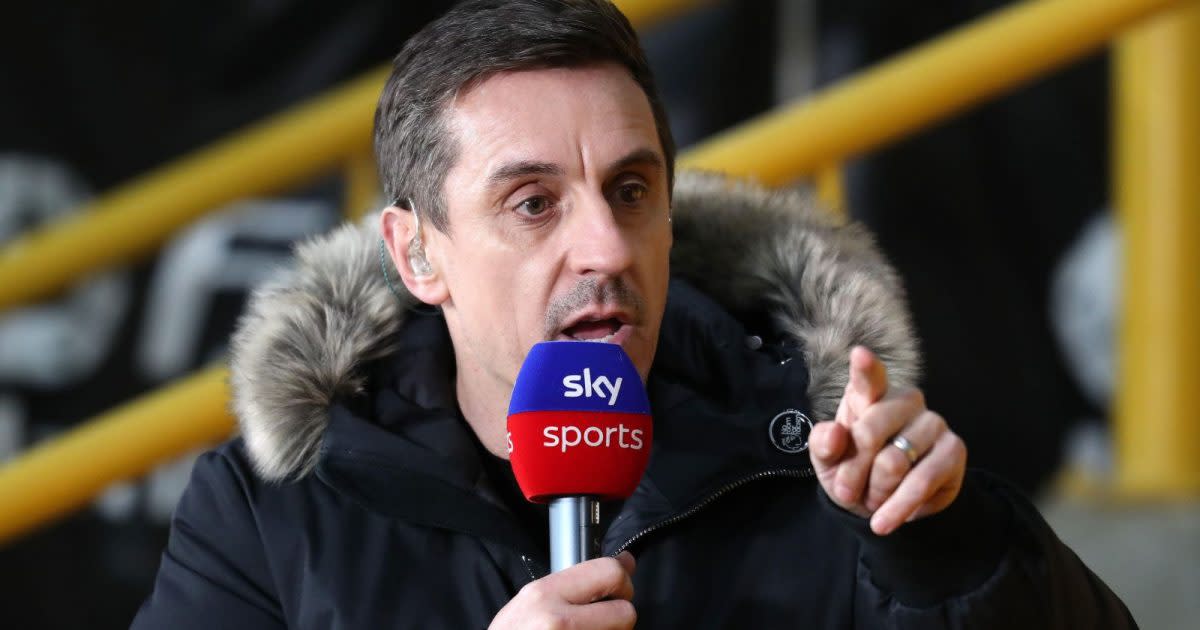 Former defender Gary Neville has urged Man Utd to deal with Cristiano Ronaldo’s transfer request in a swift manner to avoid it becoming a “saga”.

Widespread reports have indicated that the Portugal international has asked to leave Old Trafford this summer if the Red Devils receive a ‘satisfactory offer’ for their striker.

Rumours have been swirling for a few months over whether Ronaldo would stay or go after Man Utd failed to qualify for the Champions League.

Ronaldo scored 24 goals in 38 matches in all competitions last season but was criticised for some of his performances and the impact on the team’s style of play.

His reported request leaves Man Utd in a tricky situation as he’s currently their main centre-forward with Edinson Cavani leaving on a free transfer this summer and Mason Greenwood suspended from the club.

And Neville has told Man Utd to avoid allowing the situation to escalate into a full-blown saga which dominates the summer and takes “focus away” from Erik ten Hag’s job.

Neville wrote on Twitter: “The only important factor with the Ronaldo situation is that it’s dealt with decisively and quickly. This can’t be a saga that takes the focus away from ETH [Ten Hag] bedding in period for the next two months.”