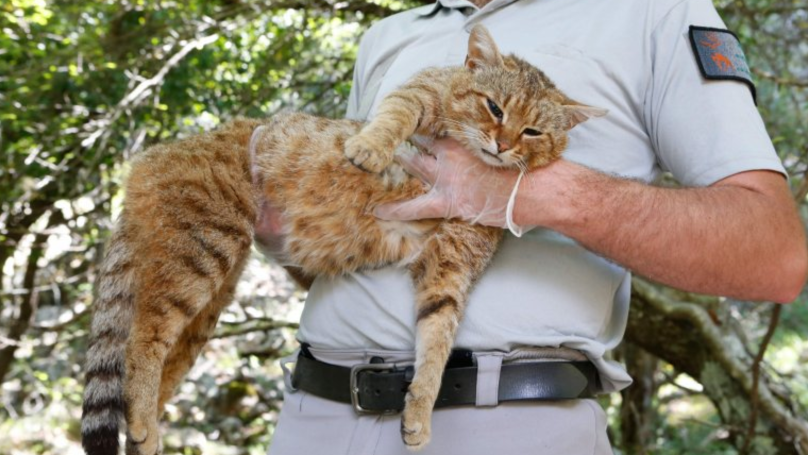 New Species Of Cat Discovered On Mediterranean Island Of Corsica

A new species of cat has been discovered on the Mediterranean island of Corsica.

The cat-fox cross looks like a slightly larger domestic cat but has now been given scientific recognition as its own distinct species.

There are reportedly just 16 of the cats on the island, so now wildlife experts are attempting to make them a protected species.

The cats are around 90cm (35inches) from head to tail and outwardly resemble a regular moggy - but they have wider ears, short whiskers and 'highly developed canine teeth'.

The cute cats, which are known on the island as Ghjattu volpe, also have striped front legs and tails, dark back legs and a reddish stomach. They have dense fur, which acts as a natural deterrent to fleas and ticks, clever, eh?

Chief environmental technician of the National Hunting and Wildlife Office Pierre Bendetti said: "We believe that it's a wild natural species which was known but not scientifically identified because it's an extremely inconspicuous animal with nocturnal habits."

He went on to say that the discovery of the cats was 'wonderful' - speaking as a cat lover, I couldn't agree more, pal.