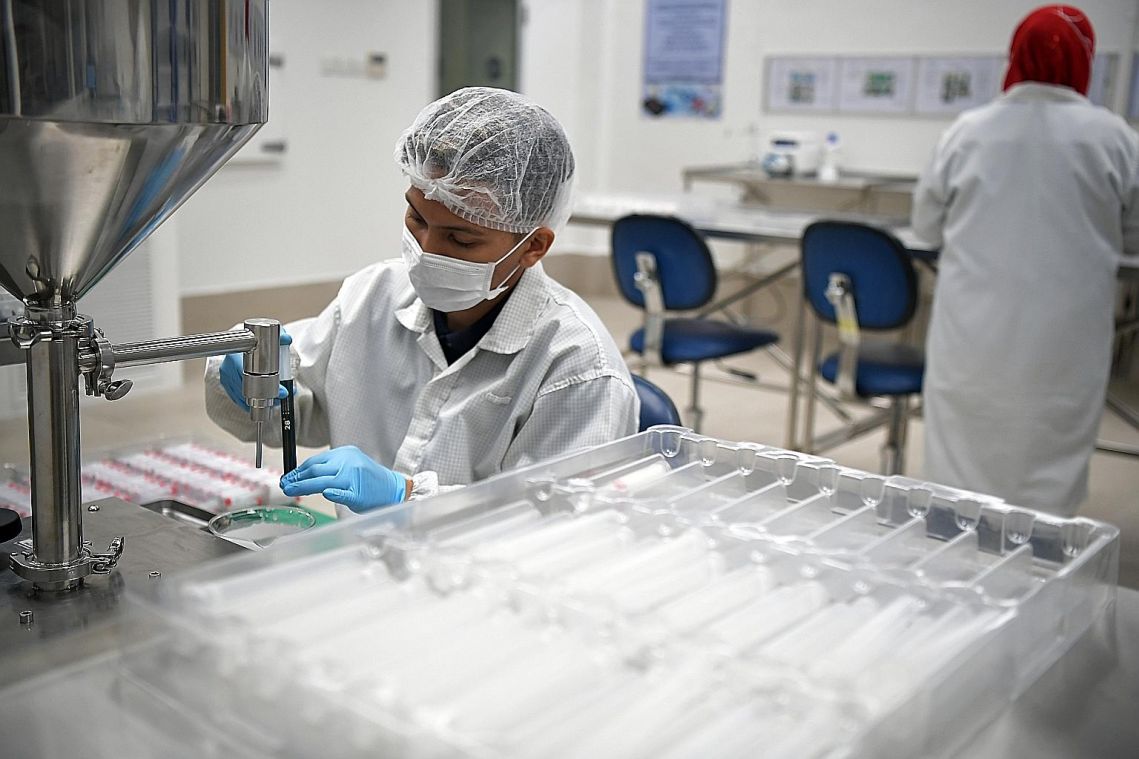 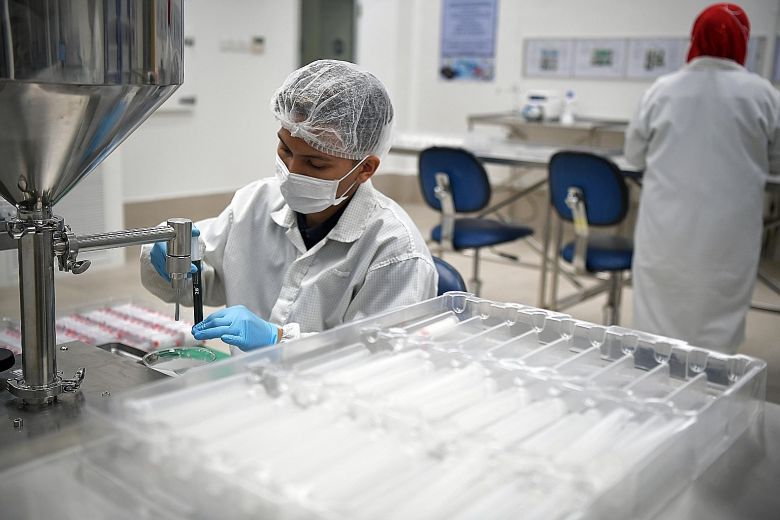 A surprise rebound in exports after nine months of decline may set the stage for at least a tepid recovery this year.

Non-oil domestic exports (Nodx) climbed 2.4 per cent from a year earlier in December, up from November's 5.9 per cent drop and better than the forecast for a 1 per cent fall in a Bloomberg poll.

That gain could not save 2019 from being the worst year for exports in a decade, with shipments falling 9.2 per cent. But December's figure is still seen as a sign of hope for the year ahead.

"Indeed, the latest set of figures has confirmed our long-held belief that the trough in exports and the manufacturing sector was reached around the middle of last year. Since then, the global business cycle has started to improve," said DBS economist Irvin Seah.

The bounce was backed by higher non-electronics exports, with big gains in sales of pharmaceuticals, and non-monetary gold - mainly to China, which imported 228 per cent more bullion in the month.

Pharmaceuticals are a volatile sector, subject to cleaning rules that suspend production. Gold sales may have benefited from rising prices that have seen their highest levels since 2013 in recent weeks.

The biggest disappointment in the data was the electronics sector, which remained mired in a downturn, with shipments plunging 21.3 per cent year-on-year.

Chipmakers believe new demand from 5G implementation, as well as broader usage of new technologies such as the Internet of Things, artificial intelligence and driverless vehicles could provide some impetus in the quarters ahead.

But Mr Seah said the global recovery in semiconductor shipments is not yet strong enough to lift Singapore's electronics sector out of its slump. Competition from emerging regional players may also be contributing to the drag.

The overall exports recovery is expected to be lukewarm for a few more months as uncertainty over the US-China trade dispute persists and tariffs remain in place for the bulk of Chinese exports to the US.

Gross domestic product growth last year, the slowest in a decade, according to flash data. The US-China trade war and a cyclical downturn in the global electronics sector were key factors behind the decline in Singapore's economic growth.

On a quarterly basis, the year-on-year drop in the last three months was 5.7 per cent, compared with a 9.6 per cent fall in the third quarter, according to Nomura International.

"The drag from the tech sector is set to subside amid signs of a bottoming of the tech cycle," said the bank's analyst Euben Paracuelles.

The trade war and a cyclical downturn in the global electronics sector have weighed on Singapore's economic growth. Flash data showed gross domestic product expanded at 0.7 per cent last year, its slowest pace in a decade.

But a mild recovery is on the cards. Said JP Morgan analyst Sin Beng Ong: "We have pencilled in a gradual recovery in global capex and this should help buoy Singapore's exports during the first quarter of 2020."