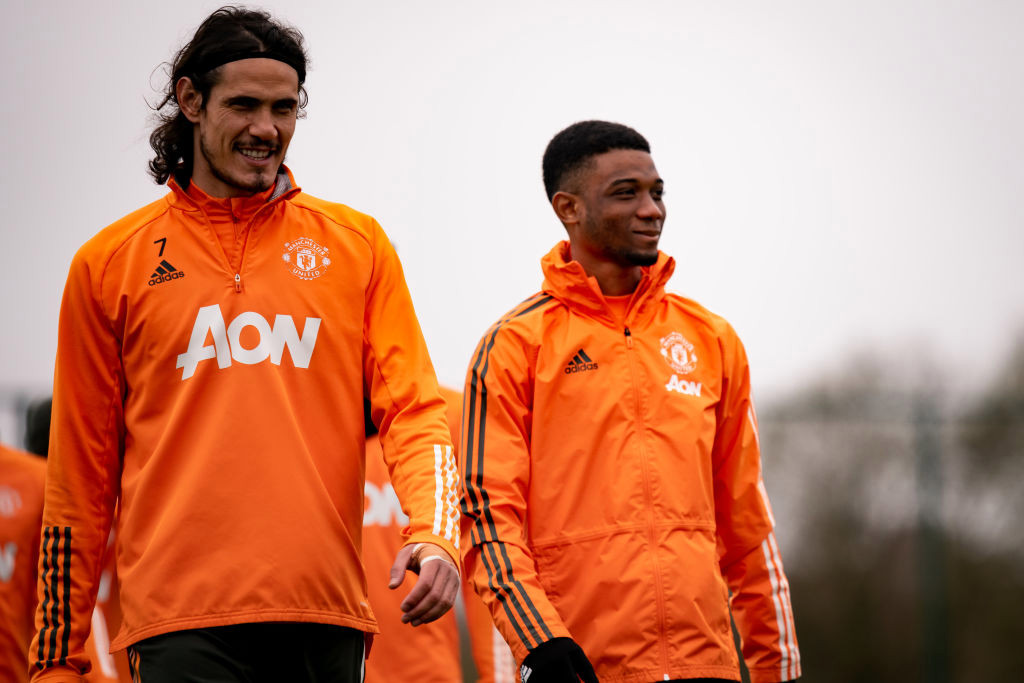 Cavani and Amad have only just returned to Manchester (Picture: Getty)

Edinson Cavani will not be available for Manchester United’s Premier League opener against Leeds United after he was given extra time off this summer for ‘personal reasons’.

The Uruguay international signed a one-year contract extension at Old Trafford at the end of last season before returning to South America for this summer’s Copa America campaign.

After being handed an extended break, the 34-year-old returned to Manchester this week with Ole Gunnar Solskjaer providing an update on his veteran striker at Friday’s press conference.