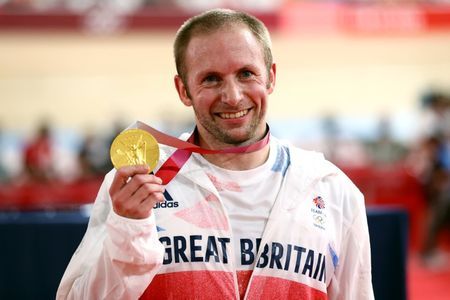 IZU, Japan (Reuters) - With a glorious sense of under-statement Jason Kenny said he had just kept "chipping away" over more than a decade of track cycling domination to become Britain's most successful Olympian.

By not just beating, but absolutely smashing the opposition, in the keirin final at the Izu Velodrome on Sunday, the 33-year-old Kenny earned a seventh Olympic gold medal.