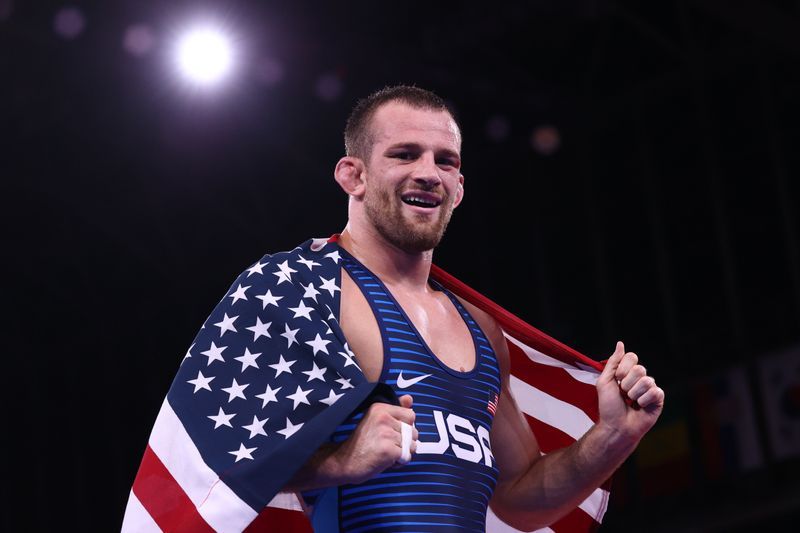 Yazdanicharati, a Rio champion in the welterweight category, was looking to level up in Tokyo and was leading 3-2 with 17 seconds left. But Taylor, nicknamed 'Magic Man', pulled off a perfectly timed double leg takedown to win 4-3.