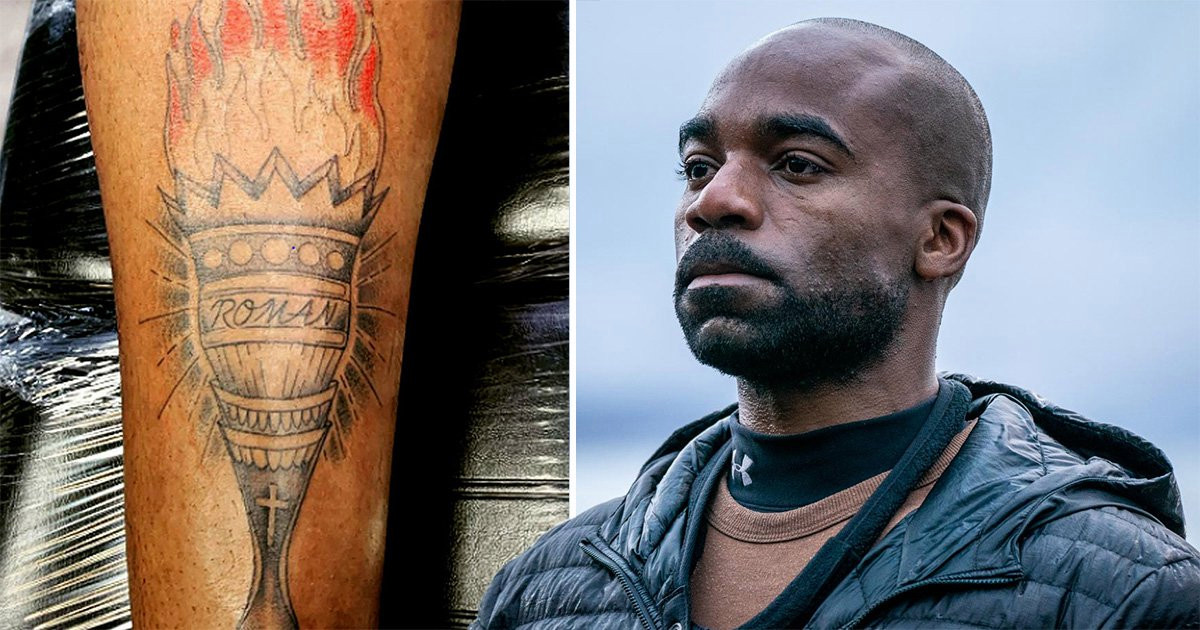 Ore had a tattoo done after being inspired by Ant Middleton’s words (Picture: Instagram/oreodubaofficial/PA)

Ore Oduba has shared a photograph of a tattoo, which he says acts as ‘a daily reminder’ of his inner strength after starring on Celebrity SAS: Who Dares Wins.

Ahead of its broadcast, the television presenter had described Sunday’s episode as ‘ugly’, saying: ‘I’ve never been to a darker place. And I know to watch it’s going not going [sic] to be pretty.’

The star had previously admitted to experiencing ‘an element of PTSD following the show’, as he broke down in front of his two-year-old son, Roman, when he returned home after filming.

However,following the drama of the episode, in which Jake Quickenden, Shanaze Reade, Saira Khan andVicky Pattison all left, Ore posted an image of a torch tattoo on his leg, revealing its inspiration was Ant Middleton comparing him to one while taking part in the Channel 4 show.

Ore said that during filming for the programme, which sees celebrities put through an SAS course, chief instructor Middleton ‘said a lot of things – not all of them nice, but all of them fair’.

Writing on Instagram, the 35-year-old added: ‘He compared me to a torch… the longer you hold it, he said, the brighter it shines.

The TV star’s experience on the show had a profound impact on him (Picture: PA)

‘From that moment EVERYTHING changed! In one sentence Ant had not only summed up that day, that week but SO much of my life.

‘The man changed my entire outlook. I realised, with my family as my inspiration, I don’t need to wait for my torch to shine.

‘This tattoo acts as a daily reminder of my inner strength and to never let anyone dim my light. To always shine my torch bright. You don’t need to lift a fuel barrel to realise that. I LOVE it.’

The tattoo bears the name of son Roman, who he shares with wife Portia.

His fellow contestants admired his inking and outlook in the comments, with Alexandra Burke writing: ‘My actual heart…. I’m just so proud of you. ❤️❤️❤️❤️’

The cast of this year’s Celebrity SAS: Who Dares Wins (Picture: Channel 4)

Jake also shared a string of heart emojis, while Shanaze, who broke her shoulder, and who Ore paid tribute to, commented: ‘That was [an] episode.. it really captured us digging deep! Super proud of you! And I know your son will be too ❤️’

The 2016 Strictly Come Dancingchampion admitted that while filming the third episode of Celebrity SAS: Who Dares Wins, he felt he had ‘nothing left to give’.

‘A gust of wind might’ve blown me over and I’d have never got back up,’ he said.

‘The only thing that kept me going was my son. And not wanting to let him down.

‘Somehow I made it to the finish and in the jeeps back to base.

‘I was unresponsive in the car and went to sleep that night with extreme hypothermia. Genuinely I thought I’d be medically withdrawn in the morning.

‘I woke up a completely different person. Re-energised. Physically it was like the previous day hadn’t even happened… guys, it was MENTAL!!!!

‘I’d inherited a new drive and a new lease of life. I had no idea how I felt so good but I knew I had to seize the day, start on the front foot and grab whatever hellish task the DS had lined up for us by the absolute balls!!!’

Celebrity SAS: Who Dares Wins airs on Sundays at 9pm on Channel 4.