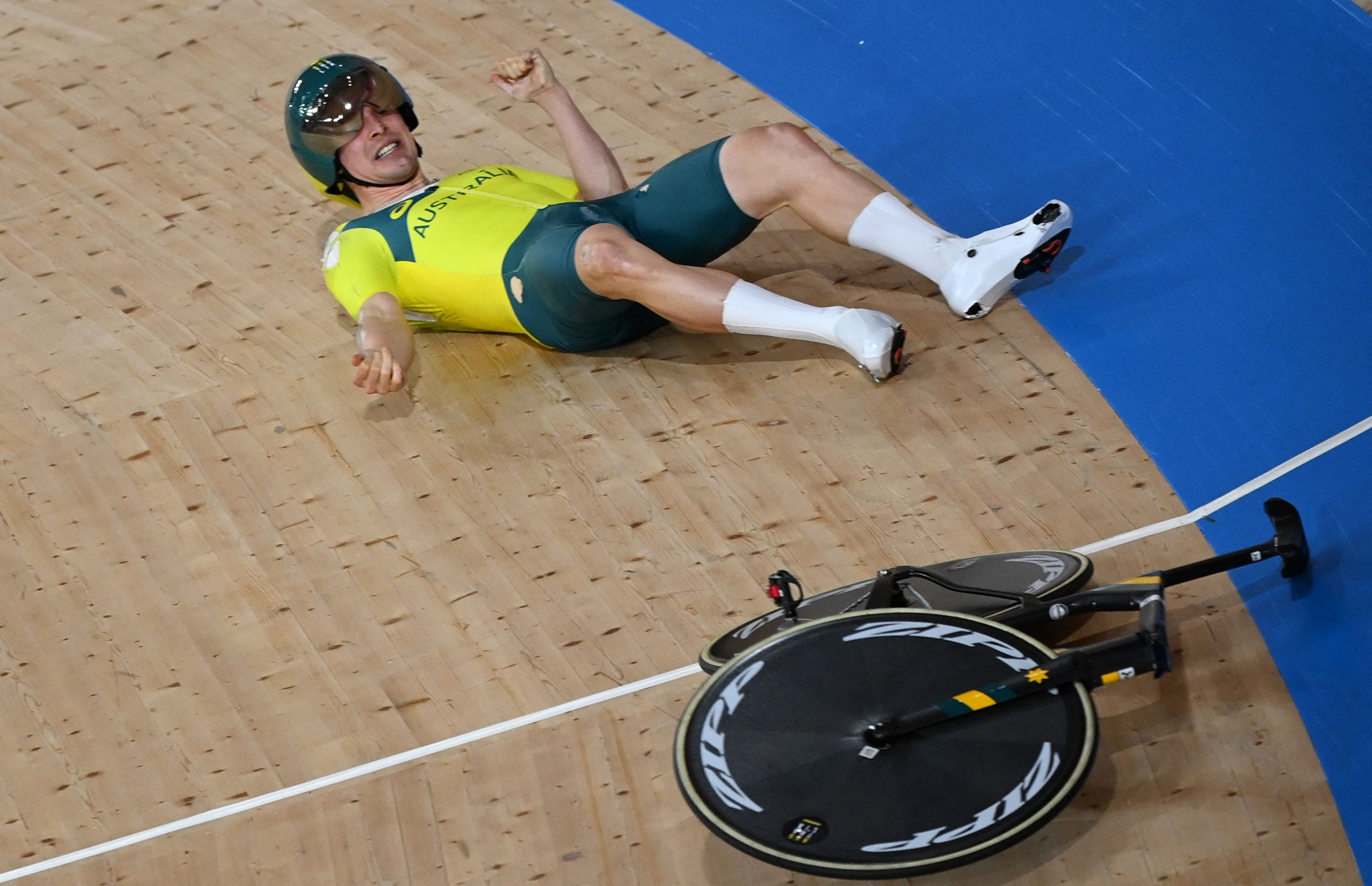 Porter fell as the four Aussie riders turned a corner, with a touch of wheels initially suspected to have caused the incident.