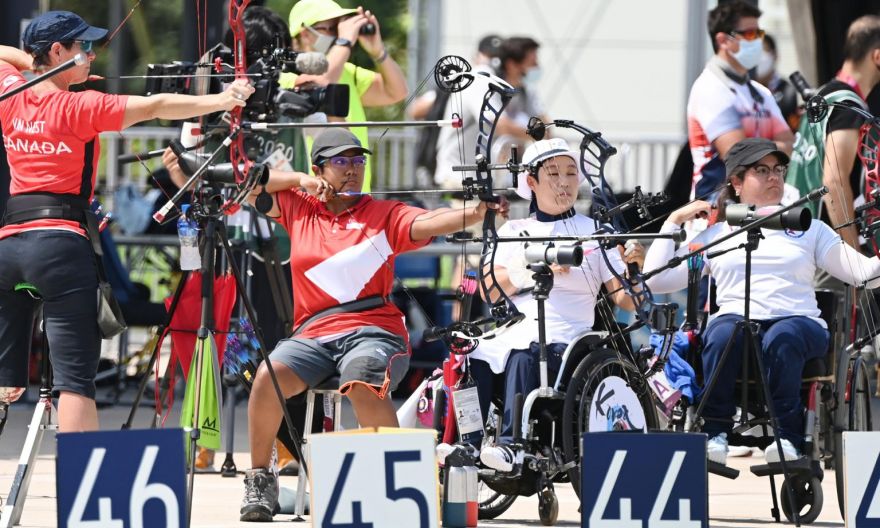 SINGAPORE - Archer Nur Syahidah Alim was knocked out in the 1/8 elimination round of the women's individual compound open at the Tokyo 2020 Paralympics on Monday (Aug 30).

Turkey's world No. 7 Sevgi Yorulmaz beat the Singaporean 140-136 and will progress to the quarter-finals later on Monday.

World No. 2 Syahidah and Yorulmaz were neck to neck from the start, with the score tied at 57-all after six arrows each.

But Yorulmaz began to pull away after that, taking the lead by one point after nine arrows and never relinquishing it.

Italy's world No. 3 Maria Andrea Virgilio, who has reached the quarter-finals, is now the highest-ranked archer in the competition after British World No. 1 Jessica Stretton narrowly lost 141-140 to compatriot Phoebe Paterson Pine earlier on Monday.

This is Syahidah's second Paralympics outing after she reached the quarter-finals at Rio 2016.