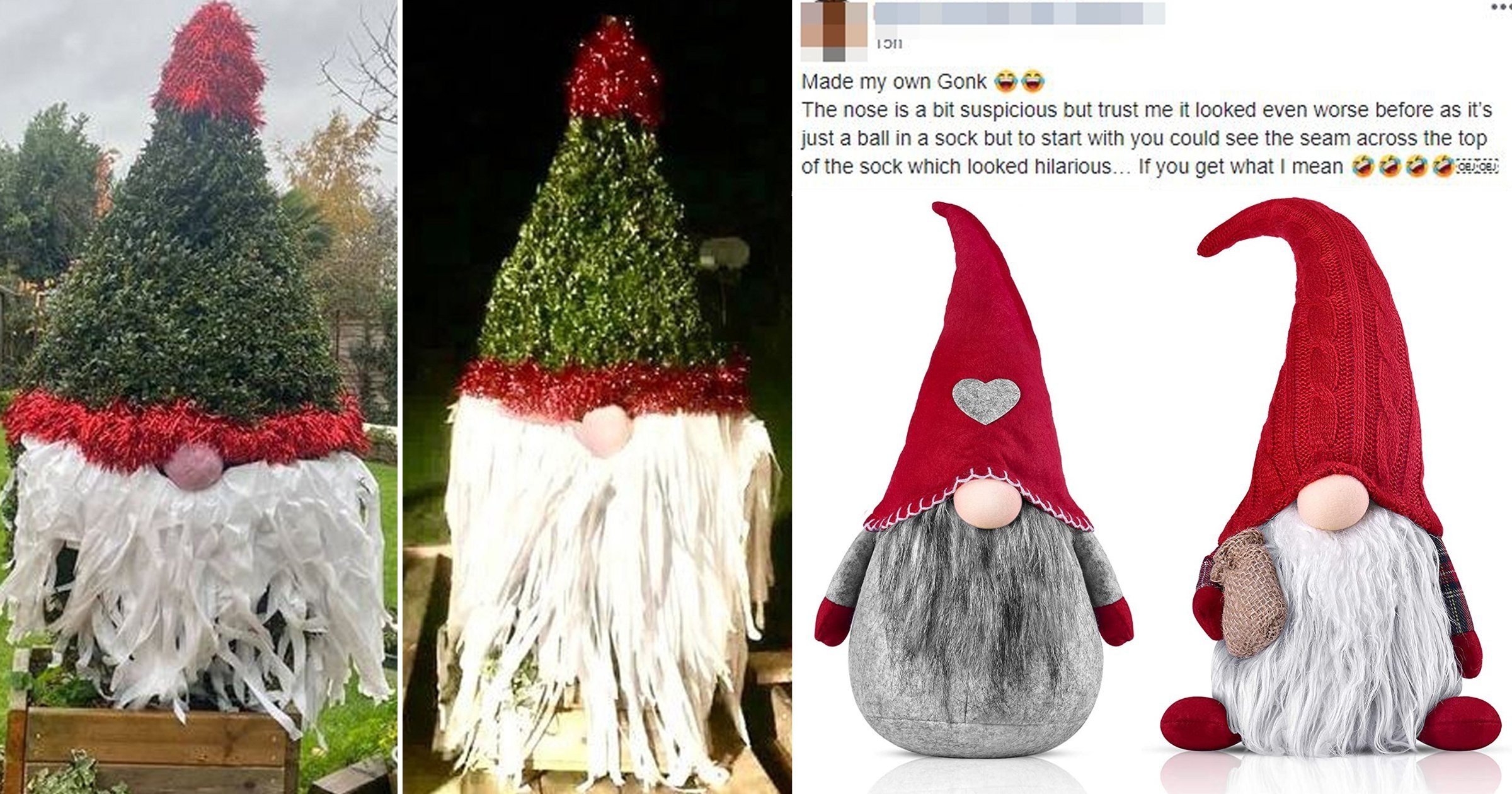 Gonks seem to be the unexpected Christmas trend this year, and with fans going wild for them, look set to stay.

One woman, who decided to say no to the likes of shop-bought gonks such as Aldi’s, made her own.

The woman made large versions of the Scandinavian festive creatures, using a garden hedge as the base.

But it was the nose she added on – a ball in a sock – that had people in hysterics.

Posting the finished product on the Facebook page Extreme Couponing and Bargaining, the woman herself couldn’t get over how the fleshy addition resembled another body part.

The poster wrote: ‘The nose is a bit suspicious but trust me it looked even worse before as it’s just a ball in a sock, but to start with you could see the seam across the top of the sock which looked hilarious…if you get what I mean.’

The woman wrote that the whole gonk had only cost her £4 to put together.

She had used a garden hedge as the frame, adding red tinsel and a cut-up plastic cloth to act as the signature gonk beard.