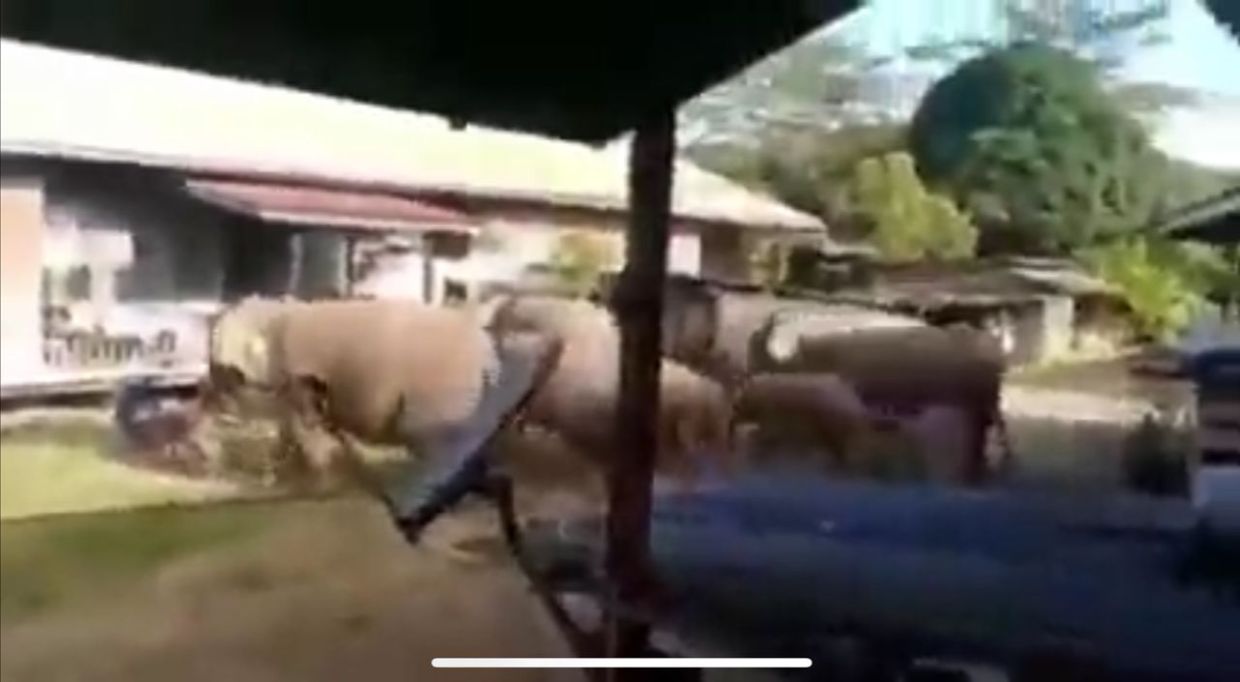 QuickCheck: Did a herd of pygmy elephants storm into a village in Tawau?

A VIDEO has been making its wounds on social media showing a herd of pygmy elephants entering a village and overturning a parked motorcycle. Allegedly the video was shot in a village near Tawau recently.

According to a story uploaded on Malay news portal Majoriti.com.my, the incident happened at a settlement near Luasong Forestry Centre in Tawau on Thursday (Dec 8).

The one-minute-eight-second-long video shows a herd of about six or seven pygmy elephants entering the settlement and being noticeably confused.

The video goes on to show the lead elephant approach a motorcycle parked in front of a house and flip it over with its trunk.

In the background, the voices of the villagers can be heard shouting as they try to drive the elephants away.

According to Majoriti.com.my, an officer from the Sabah Wildlife Department was contacted for comment and he said that they had received a report of the incident at about 9am on that day.