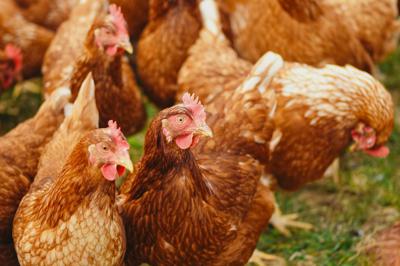 QuickCheck: Is the egg shortage caused by chickens not wanting to mate?

A POST that has gone viral online alleges that the Agriculture and Food Security Ministry blames the egg shortage on chickens refusing to mate.

Is the current egg shortage being caused by passionless hens?

The Ministry posted a response to the viral post on its Facebook page saying that it came from a fake account and did not reflect the Ministry's opinions.

The Ministry then went on to urge people not to share the post, or any post as a matter of fact, if they were unsure of its veracity.

The viral post is not only false but illogical as hens do not need to be fertilised in order to lay eggs.

A healthy and happy hen will lay four to five eggs a week, sometimes more, all without the help of a rooster.

Of course many factors are involved in a hen's productivity, such as its breed, feed, environment, temperament and its age.

A hen's peak egg-laying period is at about 22-weeks-old to roughly three-years old.

Though hens from large farms are usually culled after they hit three-years-old, if left to their own devices a chicken can carry on laying eggs well into its old age.