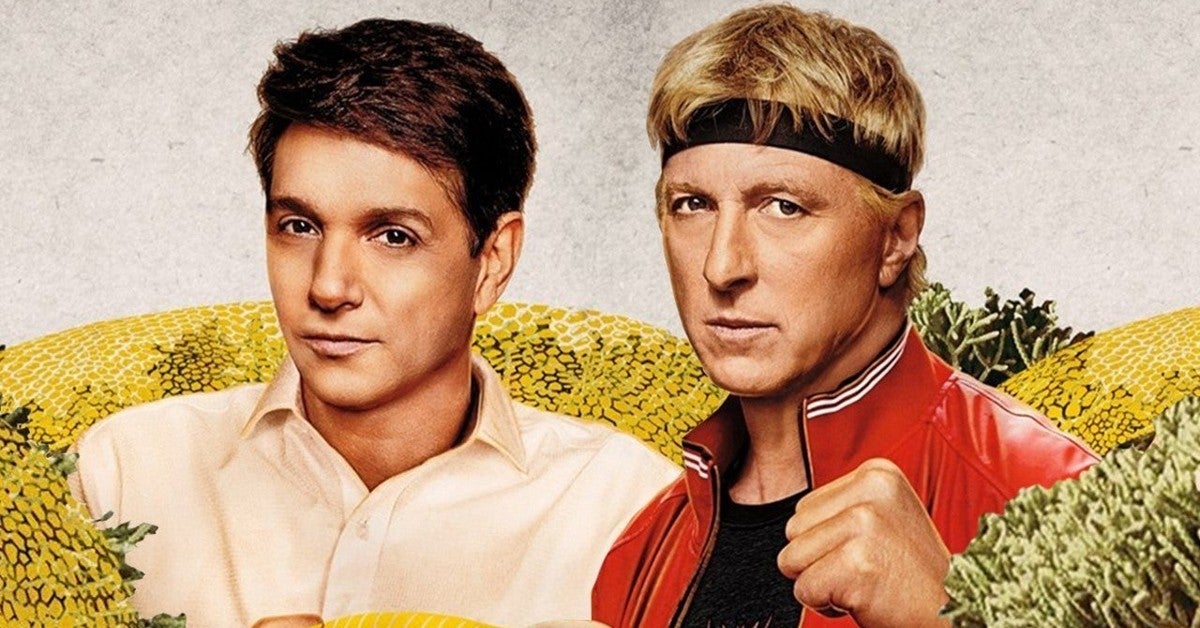 Cobra Kai's fourth season won't even debut on Netflix until December, but the streamer announced on Friday that the popular series will be back for a fifth season and series stars William Zabka and Ralph Macchio are both reacting to the news, sharing their excitement on social media. On Friday, both actors shared the short video clip also shared by the show's official Twitter to celebrate the next chapter in the continuation of the iconic The Karate Kid film franchise.

Zabka for his part shared the same sentiment as the official account, that "the dojo is about to be 5x as rad. Cobra Kai has been renewed for Season 5."

Cobra Kai is set over three decades after the events of the 1984 All Valley Karate Tournament with the continuation of the conflict between Macchio's Daniel LaRusso and Zabka's Johnny Lawrence. With Season 4 due out in December, it's currently unclear where Season 4 and Season 5 will take the series, but series co-creator Jon Hurwitz suggested earlier this year that there is a lot more story to tell.

"We’ve always had a set end game, as to where the story’s going, but we’ve said from the beginning that we weren’t sure exactly how many seasons it’ll take to get there," Hurwitz explained. "We found, even in Season 1 when we were in the writers’ room, there were so many ideas that we had that just didn’t fit into those five hours in the first season, so they ended up getting pushed to the next season. There are ideas that we talked about at the beginning of the show, that showed up in Season 3 or will show up in Season 4. And then, there are ideas that just fall by the wayside. There’s no added pressure to elongate the series. We’re still having a blast making it. There’s still a lot more story to tell, in our minds.

"We just finished shooting Season 4 and we have a lot more that we’re excited to do, going forward," Hurwitz continued. "So, we can’t tell you exactly how many seasons we’re going to have, but we know that we’re going to enter each season with enthusiasm and confidence. Eventually, we’ll talk to our friends at Sony and Netflix and say, 'We think this is probably around the time we should be winding it down,' and hopefully they’ll give us that time to do it. We’ll see."

Cobra Kai Season 4 will arrive on Netflix in December.