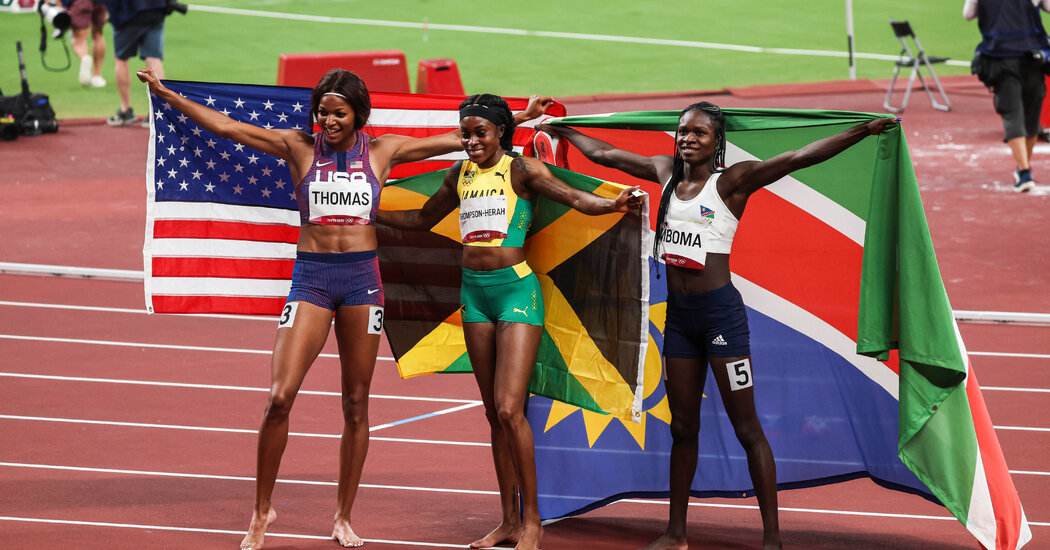 Repeat victories in the 100 and 200 meters give Elaine Thompson-Herah a rare ‘double-double.’

Elaine Thompson-Herah of Jamaica won her second gold at the Tokyo Games on Tuesday and became the first woman to achieve a “double-double” in Olympic track and field events — meaning she retained her titles in consecutive Games.

Thompson-Herah took home the gold in the women’s 200 meters on Tuesday with a time of 21.53 seconds, a national record. Three days earlier, she won the women’s 100 meters, where she set a new Olympic record at 10.61 seconds, breaking the record set by the American Florence Griffith Joyner in 1988.