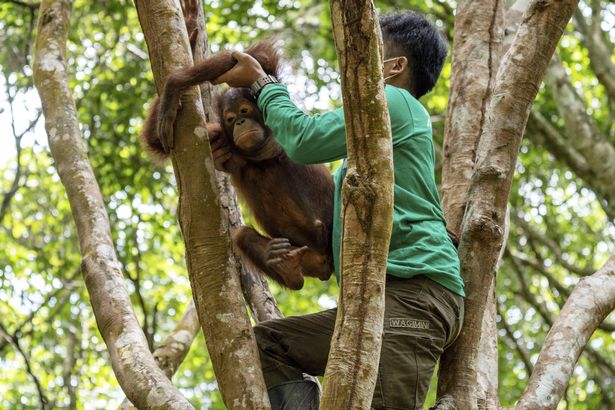 The non-profit International Animal Rescue (IAR) rescued the orangutan, called Kukur, from a hut in West Borneo where he was kept with a lease around his neck as an illegal pet

A rescued orangutan treated so badly it developed a fear of heights is now learning how to climb a tree.

Kukur is just five-years-old and was rescued from a hut in West Borneo where he was being kept tied up as an illegal pet.

He has now started the rehabilitation process as he learns to climb properly.