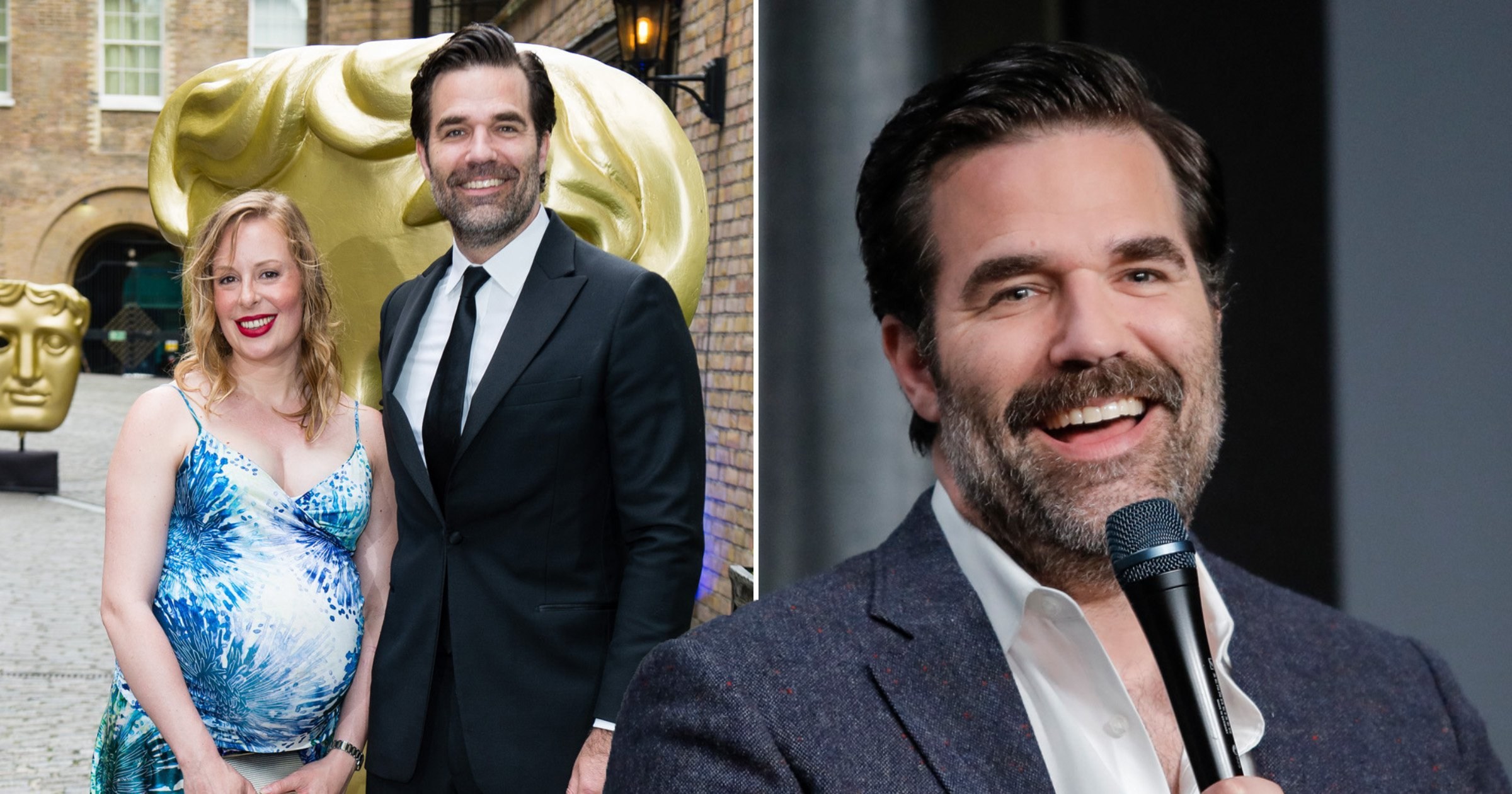 Rob Delaney has opened up about his recent vasectomy (Picture: Getty)

Comedian Rob Delaney has opened up about having a vasectomy – admitting it was the least he could do after his wife Leah had given birth to their four children.

Rob, 43, revealed he went under the knife a few months ago, telling the Guardian: ‘I figured after all my wife, Leah, and her body had done for our family, the least I could do was let a doctor slice into my bag and sterilise me.

‘Leah had taken birth control for decades, which is a giant pain in the a** and also decidedly sexist pharmacological slavery.

‘IMAGINE a man having to remember to not only take a pill every day, but also having to deal with employer-provided private insurance prescription plans in the US which drop you or sell your plan to another company without telling you, among other crimes.’

He revealed that Leah had been ‘pregnant for almost three of the previous eight years’ with their four boys, and he’d had the easy side of the baby-making process.

Rob added: ‘That’s 166 weeks spent pregnant. Holy Christ is that bananas. As I was pregnant for zero weeks, Leah heartily agreed that a doctor should scalpel around in my balls so that she didn’t become pregnant again – by me, anyway.’