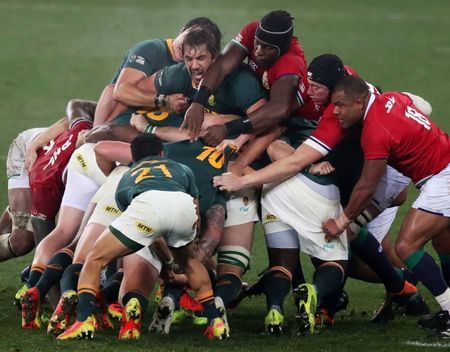 CAPE TOWN (Reuters) - In beating the British & Irish Lions on Saturday and edging the series 2-1, South Africa added to their World Cup success of 2019 but with little of the conviction and beguiling nature of their victory in Japan.

The Springboks defeated the Lions 2-1 after a narrow 19-16 win in their third and decisive test at the Cape Town Stadium, with the 37-year-old Morne Steyn reprising his winning kick of 12 years earlier when South Africa also squeezed out a series success.