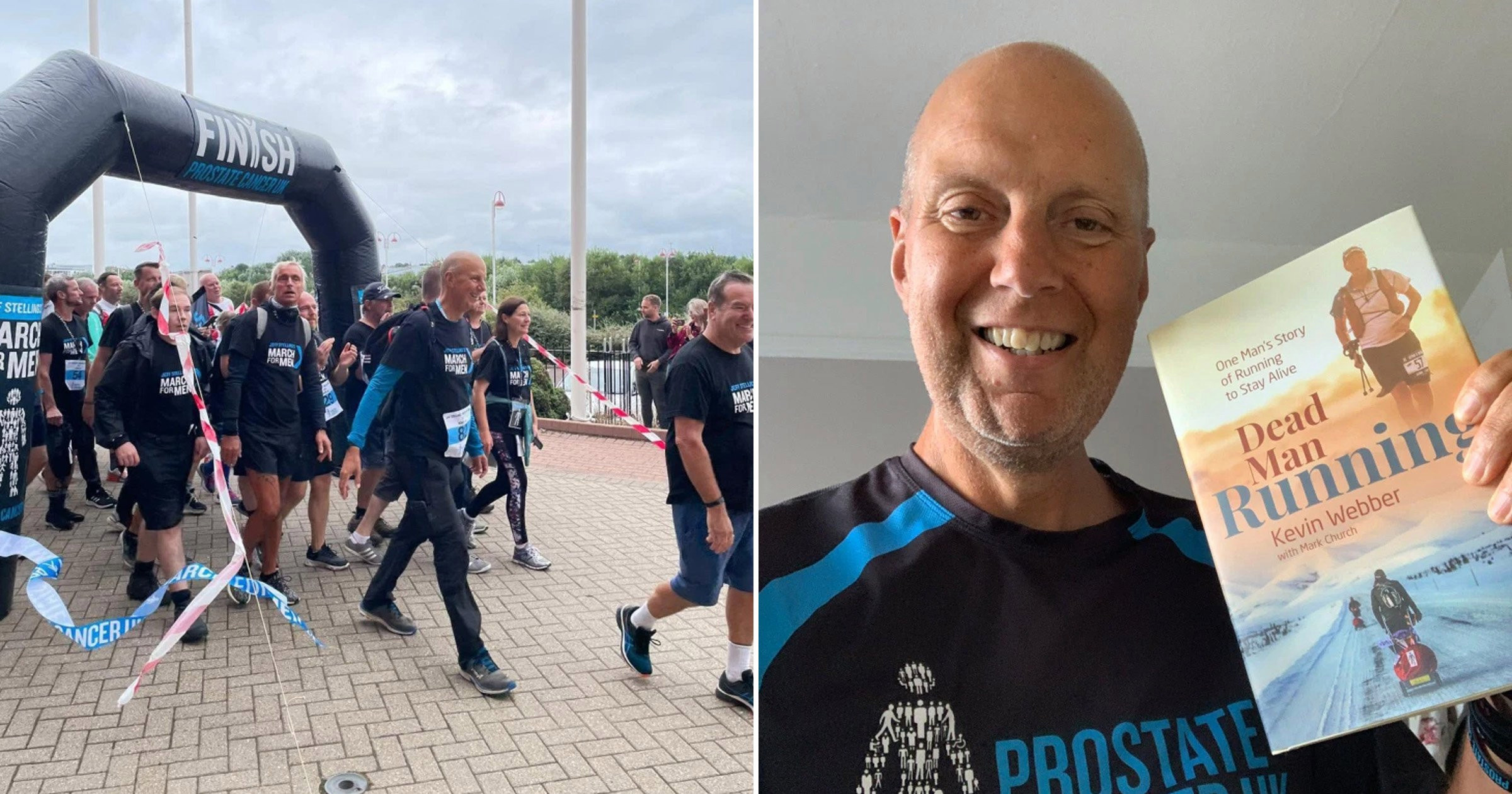 This week, I completed a marathon, and I’m blaming my shin splints on the royal family.

Back in 1908, when London hosted the summer Olympics, Queen Alexandra requested the starting line be placed on the lawn of Windsor Castle so her little ’uns could watch from their nursery.

I bring this up because, while walking this marathon, I chatted to Kevin Webber.

Kev has released a brilliant book called Dead Man Running, which chronicles the last seven years of his life, starting with a 2014 diagnosis of advanced prostate cancer, to the present day.

Since being dealt such a life-altering blow, he has blazed a trail across the world, defying all medical expectations.

He has completed more ‘ultra’ challenges, from deserts to mountains, from unbearable heat to unfathomable cold, than I’ve had Metro columns.

With every step sending shooting pains up my legs, he happily ambled alongside me, like someone simply popping to the local shop for a pint of milk.